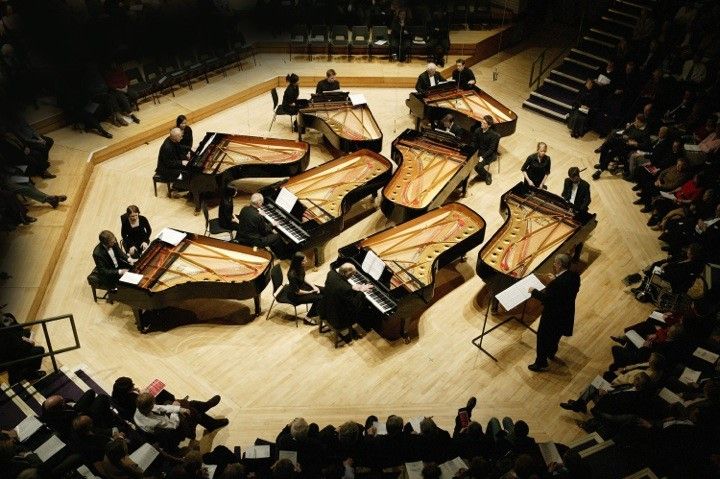 Eight Grand Pianos Set To Take To The Stage

The Royal Northern College of Music is set to host the third John Wilson Piano Spectacular, celebrating his 75th birthday and raising money for the John Wilson Junior Fellowship in Accompaniment at the world renowned college.

Previous piano spectaculars took place in 2005 and 2010 and this year’s event, in honour of the former student and member of staff at the RNCM, aims to raise over £20,000 to support and enable talented pianists to learn and perfect the art of accompaniment.

The event is set to be compered by Classic FM presenter John Brunning.

The programme will include: