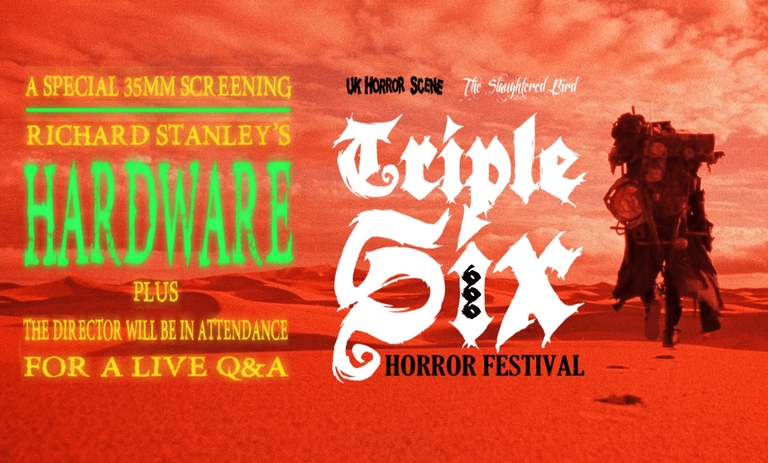 The award winning director Richard Stanley has been announced as a special guest for the Triple Six Horror Film Festival taking place in May 2017.

The horror film festival, based at the AMC cinema in Manchester, and taking place from 27-28 May 2017 will also featured a 35mm screening of Stanley’s 1990 film Hardware with a Q&A session.

Hardware is a totally unique, feature aesthetically compared to Gilliam & Jodorowsky and with a real 1990’s man vs machine mentality, which summed up the age when technology was becoming an essential part of life not a luxury, along with a stunning industrial score.  Hardware is a mix of horror, sci-fi and much more. The film is rarely seen on the big screen, especially in 35mm

The director, who rarely leaves his isolated location in France, will be at Triple Six throughout the entire weekend , and will be on hand to meet horror fans.  He will also be part of a Q&A after the Hardware screening where he talk about the movie and his career in general.