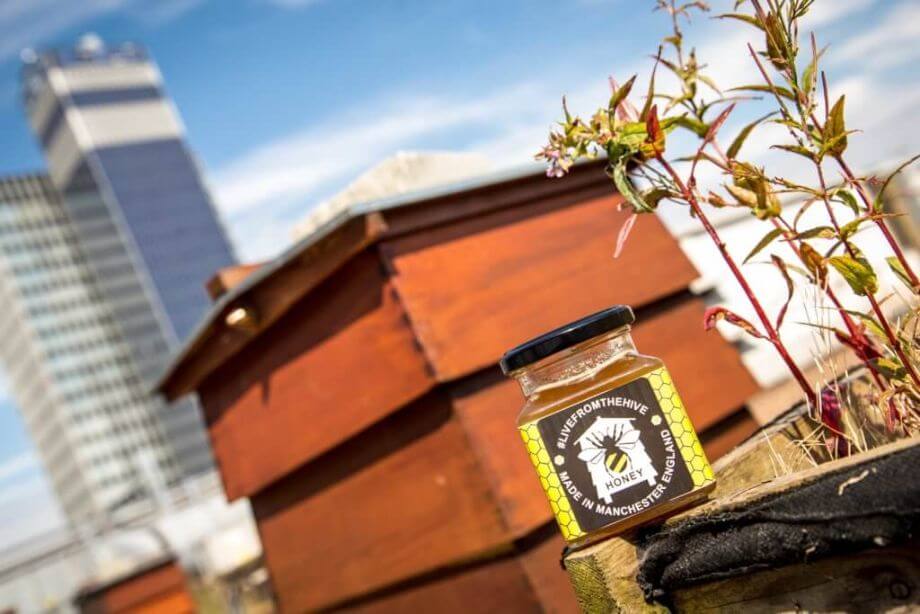 The Printworks and Manchester’s Hard Rock Cafe are raising money for charity with the sale of honey harvested from the complex’s own hard-working rooftop bees.

The Printworks is home to four beehives which house between 30,000 and 40,000 bees in each hive at the height of summer.  The Printworks has previously given members of the public the opportunity to adopt the bees for charity.

Now the entertainment venue has teamed up with the Hard Rock Cafe to sell jars of honey from HRC’s Rock Shop for £10.  All proceeds from the sale of the honey will be split between local charities, The Booth Centre and Forever Manchester.  There are only a limited number of jars of honey available.

The ‘Adopt a Bee’ initiative earlier this year aimed to raise £1,000 for Volition, a charity aiming to help unemployed people increase their employability.