Previewed: The Pierces at Manchester Academy 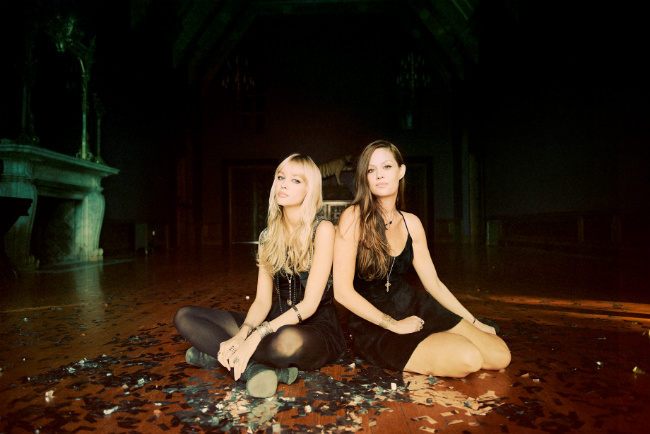 With The Pierces’ fifth album, Creation, due to drop on 1st September, they are set to perform at Manchester Club Academy.

Exposed to music and arts from an early age and encouraged by their parents (who they themselves describe as hippies who home-schooled them in Alabama), it seemed only natural that sisters Allison (vocals and guitar) and Catherine Pierce (vocals and percussion) would eventually pursue a career in the arts. With a musician father and artist mother, they certainly had the inspiration and setting to become creative and express themselves. However, after ten years and three albums of toil and what they perceived as very little progress, they actually felt it was time to call it a day and took the decision to split. They had been disheartened by sporadic success followed by further struggles. It was a decision which held firm only a few hours as the next day a telephone call from Guy Berryman (bassist for Coldplay), saying that he wanted to work with them, convinced them to continue – they haven’t looked back since and went on to release their breakthrough album You & I.

Drawing comparisons with Fleetwood Mac, who along with The Beatles and Simon and Garfunkel, they cite as inspirations, they have been thrilling critics with their musical style – harmonies layered over crisp chords to produce bright, summery pop-music. Folk music runs through, as does a hint of surfer-pop. And following the success of their fourth album, which finally brought them significant public recognition, and a slight change in direction as their musical style became a little more focused and condensed, it seems that The Pierces could be set to continue and enjoy further joy with their latest offering Creation – we certainly hope so as it’s music which will put a smile on anybody’s face.

The Pierces perform at Manchester Club Academy on 12 June 2014.