Previewed: Tangomotion at The Lowry 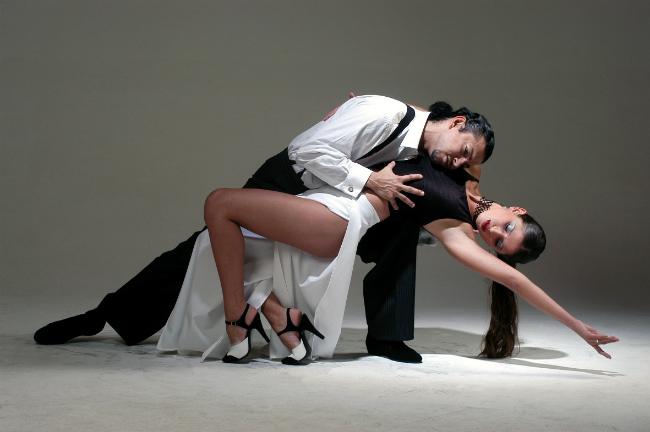 Tango Siempre are back with their own show and set to transport you to 1930s Buenos Airies for an intimate and authentic evening of dance at The Lowry in the critically acclaimed Tangomotion.

Last seen in the stunning hit show Midnight Tango along with Strictly Come Dancing stars Vincent and Flavia, Tango Siempre will be delivering a sensational set of music  as world-class Argentine Tango dancers take to the stage and lead us through the history of the dance in a show set to include virtuoso dance displays set to the exquisite tango music of 1930’s Buenos Aires and the nuevo tango of Astor Piazzolla.

The show has been heralded by critics, with the Financial Times commenting “[Tango Siempre’s] playing has the verve and gut-wrenching rhythmic drive associated with the greatest Argentinian bands, and their account of the scores – especially marvels by Astor Piazzolla – has the earthy vitality, the urban chic, so central to tango’s music and steps… here is the tango, raw, intoxicating, speaking with its true voice. For the violinist Ros Stephen, the pianist Jonathan Taylor and their colleagues, much admiration…”

As well as the ever impressive Tango Siempre band, Tangomotion will feature outstanding dance pairs Giraldo Escobar and Myriam Ojeda Patino (each co-founders and lead performers of the artLat company in London) and Richard Manuel (who has choreographed and featured in many lead performances) and Jenny Nolan (who regularly performs and teaches throughout the UK, Europe, US and Buenos Aires).

Tangomotion will be performed at The Lowry on 2nd August at 3.00pm and 8.00pm.