Previewed: The Sad Song Co at The Castle 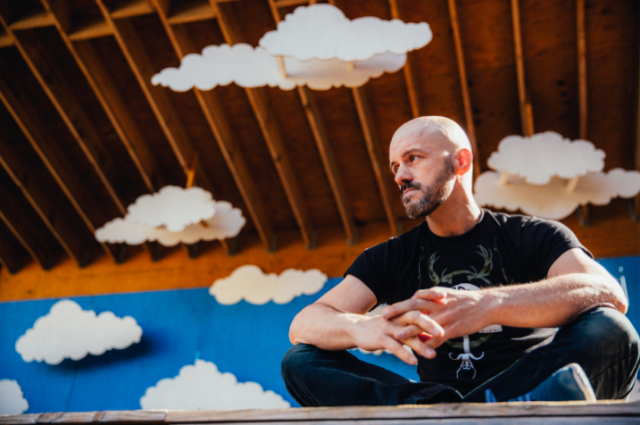 The multi-instrumentalist, one quarter of Dive Dive and ex-member of Unbelievable Truth, releases his fourth album Worth on 19 February 2018 with the tour showcasing the upcoming release.

The Sad Song Co released the first single from the album, What You Make Of It, at the end of 2017, offering a glimpse into the deeply personal album.

Nigel released third album in amber in November 2016, a successful crowd-funded return to solo songwriting nine years after 2007’s Poignant Device while continuing to be in bands and making his living on the road.An album dealing with stories around an old people’s home, it showcased a side of the man that most new fans had yet to see. Worth then is the sound of a man whose previously dormant abilities have burst a dam, flowing creativity and imagination into complex and deeply personal songs. “When I wasn’t getting time to make albums of my own I would get quite frustrated and depressed in that situation because I didn’t have an avenue for expressing myself the way I really wanted to do it,” explains Nigel. “So coming back to The Sad Song Co. has been a very positive thing for me.”

Personnel on the album include backing vocals from Frank Turner, Billy Pettinger (AKA Billy the Kid), Max Kerman of Arkells and Kat Jones on Worth My Bones, Jason Moulster of Unbelievable Truth on bass for four tracks, Ryan Robinson tackling the guitar solos Nigel wrote throughout the album, Chris T-T co-writing lyrics for ‘The Body Beautiful’ and ‘Lonely Is A State of Mind’, Radiohead engineer Graeme Stewart recording again, this time for only one day at Woodworm Studios, and Grammy-award winning Chris Kasych (Adele, Bruce Springsteen, Neil Young) mixing, with the rest done by Nigel at home.

Where and when does The Sad Song Co perform in Manchester?