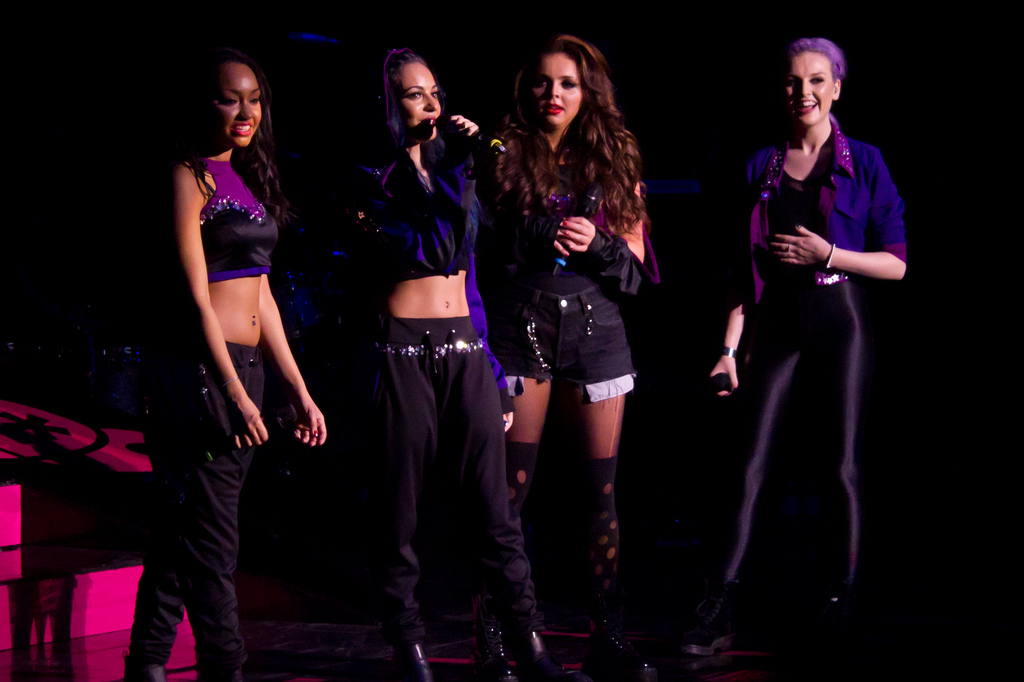 One of the true X Factor success stories, Little Mix, are heading to the Phones 4u Arena as a part of their biggest tour yet.

There’s certainly been no looking back since Perrie Edwards, Jesy Nelson, Leigh-Anne Pinnock and Jade Thirlwall came together in 2011 exclusively for the purpose of the eighth series of the X Factor, having fallen at the boot camp stage as soloists.

The band, which became the first group to win the X Factor in that same year, saw their debut album DNA reached the number 3 spot in the UK charts and even entered the US Billboard Charts at number 4, becoming the highest debut ever for a British female group’s first album, bettering even the previous record held by the Spice Girls for their album Spice.

Their second album, Salute, showed an impressive evolution to a more mature r&b sound and entered the UK charts at number 4 upon its release in November 2013, under the Syco Label. It has so far spawned the singles ‘Move’, ‘Little Me’ and ‘Salute’. Critics were also understandably taken with the album, giving largely positive reviews and appreciating the development of their sound, and the increased maturity and confidence with which it was delivered.

With two number 1 singles, a platinum selling debut album, gold record in Australia, Top 5 album in Japan and hits in the US, it’s clear that Little Mix are not just a UK phenomenon, but have a global appeal.

Their appeal is, in fact, so great now that this gig was originally scheduled for the Apollo before being upgraded to the arena due to the overwhelming demand for tickets.

Little Mix are clearly excited about the tour, commenting ‘It’s incredible to think we’ll be playing for so many people every night. We are going to be pulling out all the stops to make sure it’s as unforgettable for our Mixers as it will be for us.’ And if early reviews are anything to go by, then it should be a great show – fans and critics have gushed about the first gigs on the Salute tour, fans screaming, hysteria spreading, and people raving about their energetic show, the impressive stage setting, vocal ability and wonderful costumes.