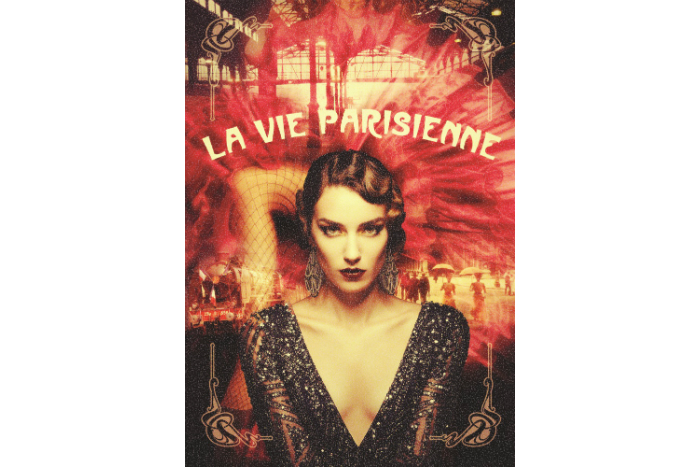 The glitz and glamour of Paris comes to Manchester’s Royal Northern College of Music in the run up to Christmas as the RNCM Opera presents Offenbach’s La Vie Parisienne featuring students from the School of Vocal Studies and Opera.

The production is directed by Stuart Barker, Director of Training and Productions at British Youth Opera, and conducted by Andrew Greenwood, who previously conducted the award winning production of A Midsummer Night’s Dream at the RNCM in 2015.  Set and costume have been designed by Simone Romaniuk.

It is 150 years since Offenbach conducted the 1866 première at the Théâtre du Palais Royal, Paris. Since then, La Vie Parisienne has become one of his most popular operettas and was his first full-length portrayal of contemporary Parisienne life. For this production, the action jumps forward to the height of the 1930s where two young Parisians, Roaul de Gardefeu and Bobinet, are in love with the beautiful Metella. Rejection, deception and flirtation follow as this light-hearted love story takes the audience on a whistle-stop tour of Paris’ glittering nightlife.’

Professor Lynne Dawson, Head of Vocal Studies and Opera, said: ‘La Vie Parisienne is an exciting whirlwind of flirtatious masquerade and romantic intrigue. Paris is easy to love, and this work brings the city to life in glorious technicolour through its witty storytelling and magical music. It’s also an excellent ‘way in’ to opera if you’ve never seen one before as well as appealing to those who are familiar with the genre.’

La Vie Parisienne runs at the RNCM from 7 December until 17 December 2016.  It will be performed in English with a translation by Alistair Beaton.