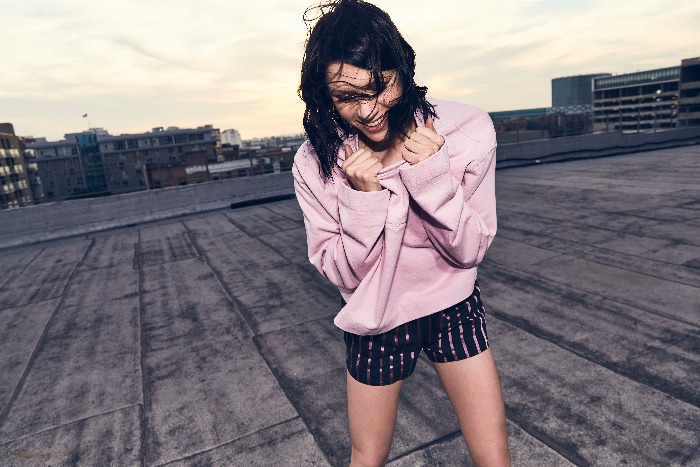 K.Flay brings the UK leg of her The Solutions tour to Manchester’s Gorilla later this month after releasing latest track Not In California.

The alt-pop artist released the video for the track in time for the United Nations Climate Action Summit in New York to address “our collective inaction on climate change, and the sense of disbelief that I think so many of us feel.”

The Grammy nominated singer explained, “We’re looking out at a world that is getting hotter and scarier by the day, and still nothing seems to compel the government to take action. The video imagines a trash universe in which social isolation and littering and bad policing are the status quo — a universe that doesn’t feel so different from ours now.”

The video for Not In California was directed by Clara Aranovich with the track coming from her third full length album Solutions, which was released earlier this year.

Not In California is the third track to be released chronologically from the album, yet narratively the video serves as the prequel to Bad Vibes, revealing how and why she was captured, with Sister being the closing chapter, where our heroine escapes captivity with her female companion, only to find themselves in a world where everyone is moving backwards.

When does K.Flay headline at Gorilla?