Previewed: John Metcalfe at The Castle 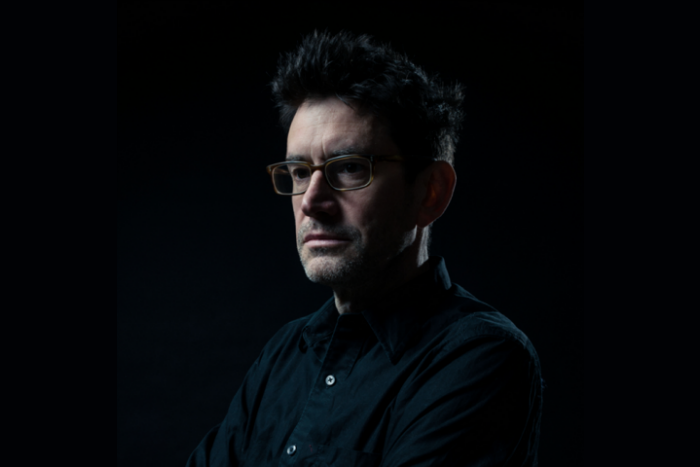 Visionary contemporary composer and acclaimed producer/arranger – John Metcalfe – will be performing an intimate retrospective show with an all-star band live at Manchester’s The Castle on 15 May.

The composer, producer, violinist, guitarist and arranger has assembled an incredible line up of musicians from the worlds of folk, electronic and post-classical with Rae Morris’ drummer Daisy Palmer, Red Snapper bassist Ali Friend and the vocal skills of Rosie Doonan.

The band will perform music from Metcalfe’s entire solo output including his latest album The Appearance of Colour, which has been described as “effervescent, divinely beautiful, packed with Eno-esque passages of ambience and glistening guitar lines worthy of Vini Reilly” by Clash magazine and “staggeringly beautiful” by Mary Anne Hobbs on BBC 6Music. Metcalfe is tantalised by taking it on the road. “I’m excited to share the music with these exceptional players to see where we go with it” he says. “Should be amazing”.

New Zealand born Metcalfe is one of the most sought after musicians in the business, whether arranging for the likes of Blur, Morrissey and Coldplay, co-producing albums with Peter Gabriel, or as violist in the renowned Duke Quartet. He was a member of cult band Durutti Column and alongside Tony Wilson launched the pioneering Factory Classical on Manchester’s legendary Factory label. He also performs and records with the Max Richter Ensemble.

From his early days in New Zealand listening to his father sing opera, John Metcalfe has become one the most exciting and versatile musicians in the UK. From giving string quartet recitals in prestigious venues world-wide to composing for radio and TV, arranging for leading rock/pop artists and releasing his own genre-defying music, Metcalfe has gained wide recognition for his unique brand of music-making.

Moving to England he took up the viola and joined his first band at school playing drums. Raised on a dual-mono diet of Kraftwerk and Joy Division this band influenced his move north-west where he joined cult band The Durutti Column on Manchester’s legendary Factory label. He stayed for three years adding his own unique sound and flavour to the enigmatic style of guitarist Vini Reilly.

Hard classical study continued along with hard dancing at the now defunct Hacienda and scholarships took him to London and Berlin (studying with Italian maestro Bruno Giuranna) to finish his training. His distaste for standard classical recording industry practices led him to persuade Factory boss Tony Wilson to launch the ground-breaking Factory Classical label aimed at bringing young British talent and music to a truly new audience. His talents at A+R led to debuts for now major artists such as Rolf Hind, the late Steve Martland and his own Duke Quartet.

John Metcalfe performs at The Castle on 15 May.