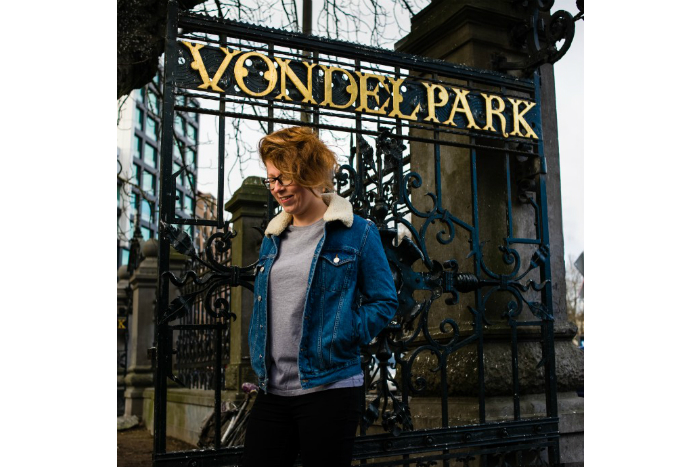 After the success of her debut single Stars and the Camden EP, Jess Kemp is set to release new single VondelPark with a launch gig at Salford’s Sacred Trinity Church.

VondelPark was the result of a mini tour of Amsterdam in the summer of 2016.  Speaking about the track and performing in Amsterdam, the Manchester singer who has significant experience on the Manchester circuit commented, “VondelPark was born during my Amsterdam tour in 2016. The name – “VondelPark” is a bit of a giveaway. Being my first ever tour AND first ever overseas gig.. I was a nervous wreck, as well as playing these self booked and self promoted shows, I was sort of tour managing the whole thing. Those who were there saw the ups and downs of it all… I have to say  though, it was definitely the best time of my life! Setting up camp in the middle of VondelPark with my band, friends, family and a load of strangers just playing a load of my songs! This is where the lyrics “by the fountain on a lake in the park” came from.. because that’s what it was. The lyrics of this song really tell the story of the whole experience.”

The tour came about following the success of the Camden EP and was followed quickly by being placed 3rd for Best Unsigned Female in the Best of British Unsigned Music Awards, reaching the final of Indie Week Europe and again placing 3rd from more than 70 acts.

And VondelPark looks set to be just the start of a big 2017 for Jess, who has been confirmed to appear at Irlam Live alongside The Wailers, Jason Donovan and Alexander O’Neill and at Blackthorn Festival on a bill which includes Reef.

VondelPark is released on 10 March with a gig at Sacred Trinity Church, a venue which holds special memories for the singer-songwriter, who added, “I’m so excited to be holding the launch at Sacred Trinity Church in Salford – it’s iconic! Anyone who hasn’t seen a gig there yet… needs to right now. The first gig I played in there was supporting CABBAGE as part of Salford Music Festival and the atmosphere was just crazy, the lighting and sound in that church setting is something I can’t explain.”