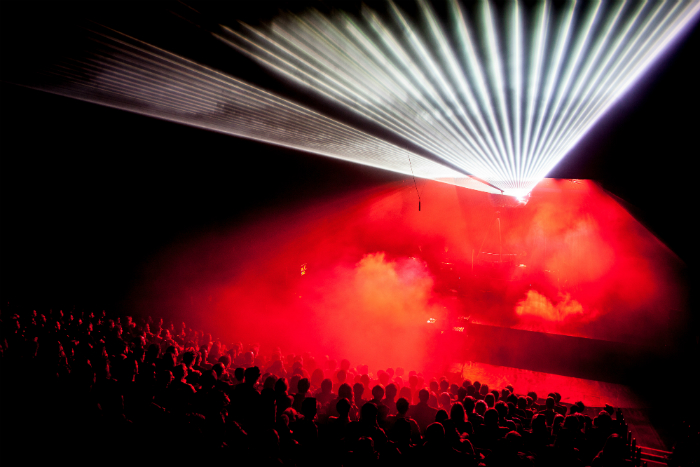 FutureEverything, Manchester’s prestigious city-wide ‘festival as labority’ returns to the city 30 March to 2 April, with the theme Less and More’.
The festival, now in its 21st year embraces

The festival follows its incredible success in Singapore last autumn when it delivered its first large-sale international commission to critical and public acclaim.

Combining a large scale cultural event – encompassing art, music and discussion – together with new technology and playful social experiments, Less and More will challenge audiences to rethink human resources and consider how we navigate an unknown future in a rapidly changing world.

Conference highlights will include presentations from a wide range of international thought-leaders, artists, scientists and academics including:

·         Assemble’s  Mathew Leung, a member of  the 2015 Turner Prize-winning architecture and design collective

·         The University of Salford’s Andy Miah, Chair in Science Communication & Future Media, and a leading figure in the debate about ethics, emerging technologies and social media

And the cultural highlights set to be are equally challenging, provocative and engaging:

·         Smoke Signals  by Ed Carter and David Cranmer, a visual and sonic installation which will see a bank of smoke cannons generating a series of seemingly random smoke rings which have actually been triggered by the constant movement of data across email networks.

·         Project Ukko by Moritz Stefaner, a joint climate science data visualisation project between FutureEverything, The Met Office and the Barcelona Supercomputing Centre which predicts crucial short, medium and long term global wind energy patterns in a format which is both visually stunning and highly accessible to metrological professionals, climate change scientists, academics and governments around the world

·         The Corridor by Andrew Hodson, an interactive audio project where the public can tune into a special soundscape via their mobile devices which has been created by local residents along the emerging Oxford Road Corridor district of Manchester and beyond.

There will also be a vibrant nigh-time programme of gigs, DJ sets and experimental music throughout the festival at various Manchester venues.