Previewed: Fantastic Negrito at Band on the Wall 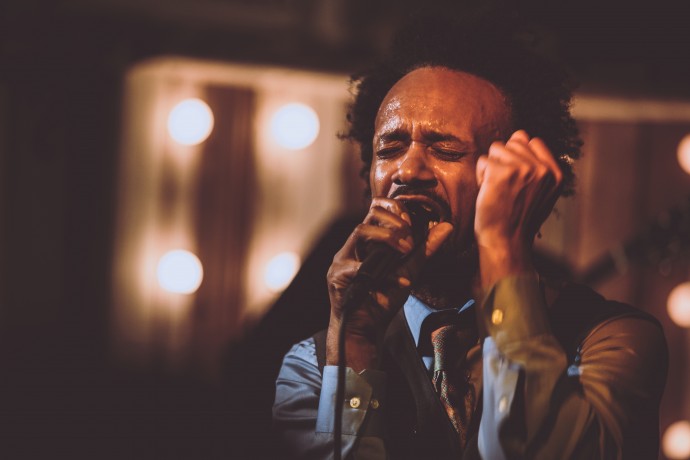 Grammy Award winning Fantastic Negrito returns to Manchester as the blues singer performs a gig at Band on the Wall next week.

The show comes as he announces a new partnership between his imprint Blackball Universe and Cooking Vinyl.  The UK label will re-issue Fantastic Negrito’s current and critically acclaimed debut album The Last Days of Oakland (recipient of a Best Contemporary Blues Album Grammy Award) with two new additional tracks, just in time for his imminent European tour.

The new tracks — “Push Back” and “The Shadows” — are both produced by Xavier Dphrepaulezz (aka Fantastic Negrito) ad available on CD and vinyl from 28 July.

A performer with something to say, Fantastic Negrito runs an arts-collective in his hometown of Oakland, and performed at Bernie Sanders’ rallies in New Hampshire, Las Vegas and San Francisco during the 2016 US Presidential campaign. Of the new songs, he says, “We must unify — not divide — along the lines of our differences. We have a common enemy: distraction and propaganda. Our strength is in our diversity. We push back against our common enemies: fear, hate, bigotry, misogyny, racism, sexism, homophobia, xenophobia, classism… these parasites, these carcinogens that live in the shadows of our society. One world, one love, one race.”

Fantastic Negrito is a man’s truth told in the form of black roots music. Each song is a real story about a musician from Oakland who experienced the highs of a million dollar record deal, the lows of a near fatal car accident that left him in a coma, and is now in the phase of rebirth despite his playing hand being mangled.

After a long break from music, Fantastic Negrito won NPR’s inaugural Tiny Desk Contest in 2015. Since then he’s performed with artists including Chris Cornell, Solange, and Temple of the Dog, and this year he will be touring with Sturgill Simpson. His first full-length album The Last Days of Oakland won the 2017 Grammy Award for Best Contemporary Blues Album.

When and when does Fantastic Negrito perform in Manchester?

Fantastic Negrito performs at Manchester’s Band on the Wall on 31 July as one of four UK dates.  Support comes from Miraculous Mule.