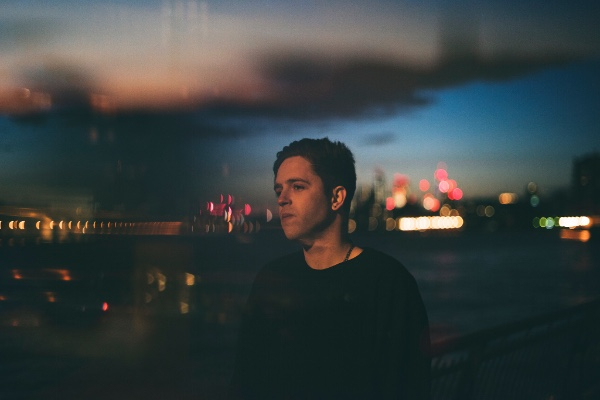 In all walks of life sometimes an end can only be dealt with from the closure of starting something new; which is the case of Benjamin Francis Leftwich on his eagerly anticipated new album After The Rain, due out on 19 August.

Following the release of his 2011 acclaimed debut album Last Smoke Before the Snowstorm, a record which has gone on to sell 100,000 copies worldwide and over 150 million global Spotify plays, Leftwich’s life was thrown into an unexpected path when he went through one of the hardest things in life, the loss of a parent and his number one source of inspiration, his father.

Coming at the peak of Ben’s success and stuck between tours and caring for his ailing father, Ben invited producers to his hometown in an attempt to work on new material, to muted results. “I just knew that I needed to not do this for a while,” he admits of his mental state following his father’s passing. “For me, I just needed to live outside of music.”

Now, five years after the release of his debut album, Leftwich returns with Tilikum, the first cut to be shared from the Charlie Andrew (Alt-J, Money) produced new album. A body of work that is the sound of Benjamin finding peace with himself once more. Written during those months which saw him at his lowest, it is a creation that exists between light and dark; one that is delicate yet grand, melancholic yet optimistic, whilst remaining utterly timeless.

Tilikum, the album’s opener, was written in the living room opposite his father’s old house, when Ben returned to York desperate to glean positivity from the isolation he felt. It was here that ‘Tilikum’ was conceived and struck a match on an energy that fed into After The Rain.  Fittingly, it is also the first track to be taken from his upcoming album.

Five long and trying years after the release of his debut, Benjamin Francis Leftwich is ready to lay himself bare. “If one person emails me and says ‘This is the most moving song I’ve ever heard and it really helped me’ – if it gets one person like that, I’d be really happy,” he says, humbly.

With a record as both effortlessly beautiful and hauntingly honest After The Rain is the sound of him finding peace with himself once more.

Benjamin Francis Leftwich performs at Night and Day on 3 May 2016.