Previewed: Barrence Whitfield and the Savages at Soup Kitchen 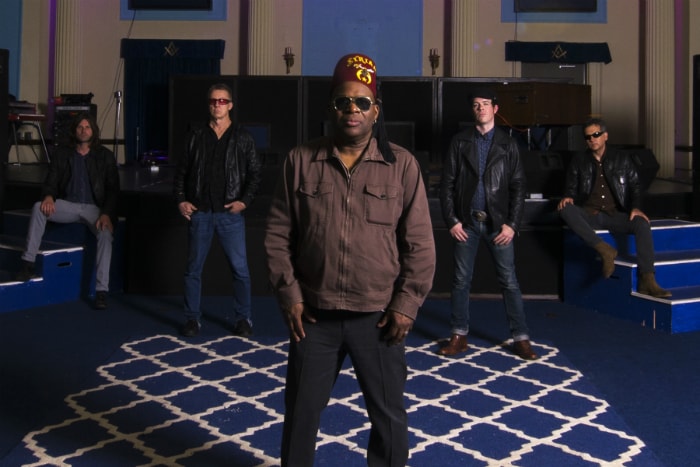 A wild, electric mix of blues, rock, garage and soul hits Soup Kitchen later this month as Barrence Whitfield and the Savages come to Manchester.

They come to Manchester amidst a 12-date tour of the UK and Ireland which also includes a show at Ballydehob Jazz Festival.  The tour comes in support of recent album Soul Flowers of Titan.  Soul Flowers of Titan is about people shooting guns, separating, coming home (someday), falling in love, running around, leaving this earth, going crazy, drinking coffee, and thinking about Sun Ra.

The album is Barrence Whitfield and the Savages’ third LP for Bloodshot Records and fourth since reforming in 2010 after a 25-year hiatus.

Barrence’s deep, gravelly rumble anchors muscular struts into madness, out the door and off to Mars. “Slowly Losing My Mind” and “I’m Gonna Leave You Baby” are by Federal alum Willie Wright and his Sparklers, while “Let’s Go To Mars” is an original by Savages guitarist Peter Greenberg and bassist Phil Lenker, written after multiple viewings of an early ‘70s documentary on Sun Ra. Also from the Federal canon is the Midnighters’ “I’ll Be Coming Home Someday,” done here with a somewhat menacing dark street corner doo-wop vibe. “I Can’t Get No Ride,” originally by Finley Brown on the M.O.C. label, will inspire you to Frug off towards a fantastical horizon. And try NOT to flip when the original raunchy rockabilly shuffle “Tall, Black and Bitter” hits the speakers. It’s an album that will take you everywhere and, in doing so, will bring you right back to the centre.

When do Barrence Whitfield and the Savages headline at Soup Kitchen?

Barrence Whitfield and the Savages headline at Soup Kitchen on 12 May 2018.  The Manchester gig is one of 12 dates they are performing in the UK and Ireland in May.