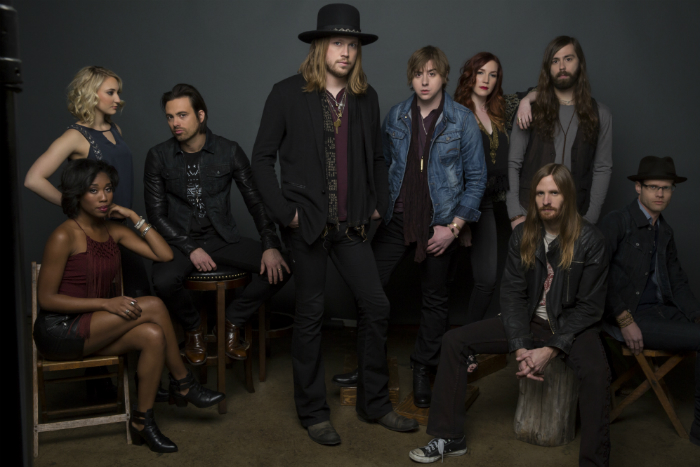 Performing at Manchester Academy in December

Southern Rockers A Thousand Horses have released the video for their new single Travelin’ Man ahead of their December gig at Manchester Academy.

The song, taken from their debut album Southernality, typifies A Thousand Horses, bursting with soaring guitar licks, thumping drums and harmonica melodies.  The video itself is a mash-up of live performances and backstage footage from their US tour supporting Jason Aldean.

Frontman Michael Hobby commented, “Travelin’ Man is one of our favorite songs to perform live. It brings the energy, and with the harmonica it rocks! It’s always been a fan favourite… it’s a song about being on the road and being a bad ass, always on the move and ready to rock.”

The band announced themselves on the UK music scene earlier this year as one of the most talked about bands at London’s C2C Festival and have since been playlisted by Planet Rock Radio and BBC2.

The band have been nominated for ‘Best New Band’ at this year’s Classic Rock Awards and were also nominated for the Academy of Country Music Award for ‘New Vocal Duo or Group Of The Year’ and were hotly tipped by Rolling Stone Country and USA Today for Smoke, with its video – which now has close to 16 million views – also receiving a nomination at the CMT Music Awards.

A Thousand Horses perform at Manchester Academy on 1 December 2016