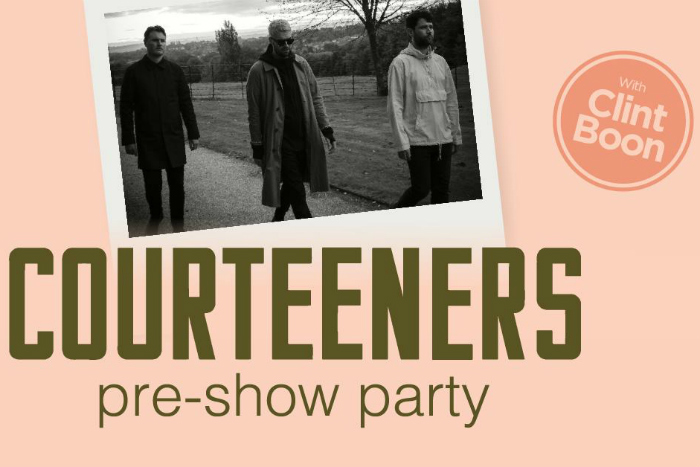 There’s no shortage of Manchester gigs and with the big names, come the parties – the pre and post gig parties, the aftershows, the events where you get in the mood and then chill out afterwards … or party even harder!

So, we thought we’d take a look at a handful of the events coming up in Manchester:

Clint Boon hosts a pre-show party at Pen and Pencil ahead of Courteeners gig at Heaton Park.  The event runs from 3pm-6pm on Saturday 15 June with free entry and 25% off food/£3 spirit mixers for ticket holders

Nothing Else Matters as tribute act Metal Militia perform a pre-show Metallica party at Hard Rock Cafe Manchester the day before their Manchester gig at the Etihad Stadium.  Doors open from 7.30pm. Early Bird VIP tickets have now sold out, but there is still time to grab your Standard and VIP tickets from the Hard Rock Cafe’s official site, both tickets include a beer on entry.  The VIP tickets will ensure you won’t go hungry, with classic American finger food available as well as exclusive access to the Mezzanine for an amazing view of the stage.

After The Kooks perform at Castlefield Bowl, FAB Cafe host an after party with free entry with your gig ticket before midnight.  Drinks specials, rock and indie anthems and Kooks visuals on the screens feature in the event which runs until 3am

This could win most imaginatively dressed after party as superheroes, Game of Thrones legends and more dance away.  DJs, retro consoles and arcade machines, a complay competitions, drinks promotions and prizes from Forbidden Planet … we’re in!