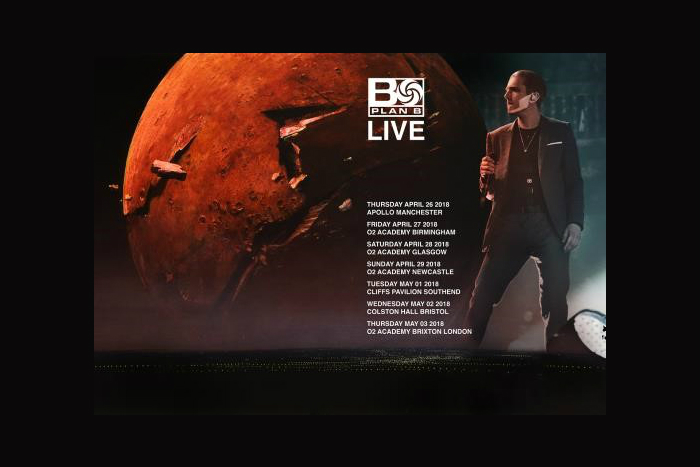 The tour, his first in almost six years, will showcase new material from his upcoming fourth studio album Heaven Before Hell Breaks Loose.

The BRIT Award winner’s album is set to be released on 13 April 2018 via Atlantic Records.  News of the tour comes after Plan B has released his new single Heartbeat.

Where and when does Plan B perform in Manchester?

When do tickets for Plan B performing at Manchester’s O2 Apollo go on sale?

Tickets for Plan B at Manchester Apollo go on general sale on Friday 17 November.  A fan pre-sale goes live on Wednesday 15 November.