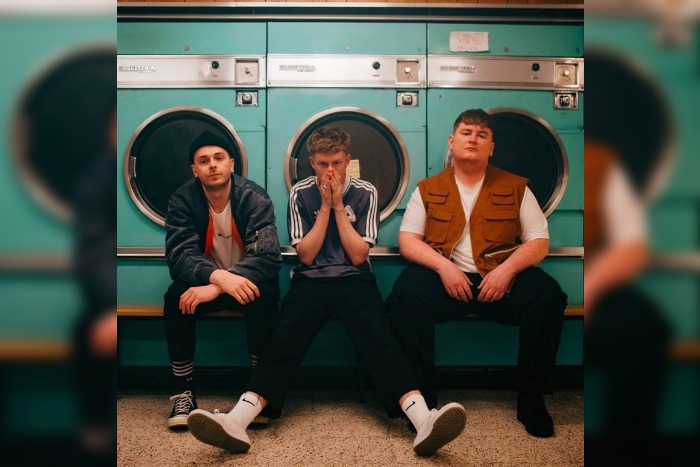 After releasing their debut EP Press Space To Play, Noisy have revealed their new single and video OI (ATM).

The trio are set to perform at the rescheduled Neighbourhood Weekender in September.

Before self-isolation became the new norm, Noisy filmed their latest video Oi (ATM) in the launderette at the Barbican.  Oi (ATM) is a tongue in cheeck look at having to pay for mundance things.  As Noisy’s Cody explains, “Do you ever get frustrated having to pay for mundane things… toll roads, public toilets, water? ‘Oi (ATM)’ is a tongue in cheek track about those things. About feeling like you’re being ripped off everywhere you go.”  The track comes from their debut EP Press Space To Play, which also features the single Bring The Drums Back, an ode to homegrown dance styles in the UK.

Comprised of singer/rapper Cody, guitarist Connor and producer Spencer, the band is the culmination of several years of hanging out at skateparks. They’ve been Noisy for the past year and a half, an 18-month period that’s seen them build a makeshift studio in Spencer’s house and put it to good use: coming up with a name, and then a suitably clamorous sound to follow. To Noisy’s quote, the band are for all the Friday guys, for all 20-somethings smashing it on a weekend, spending five days aching, and then getting out and doing it again.

When do Noisy perform at Neighbourhood Weekender?