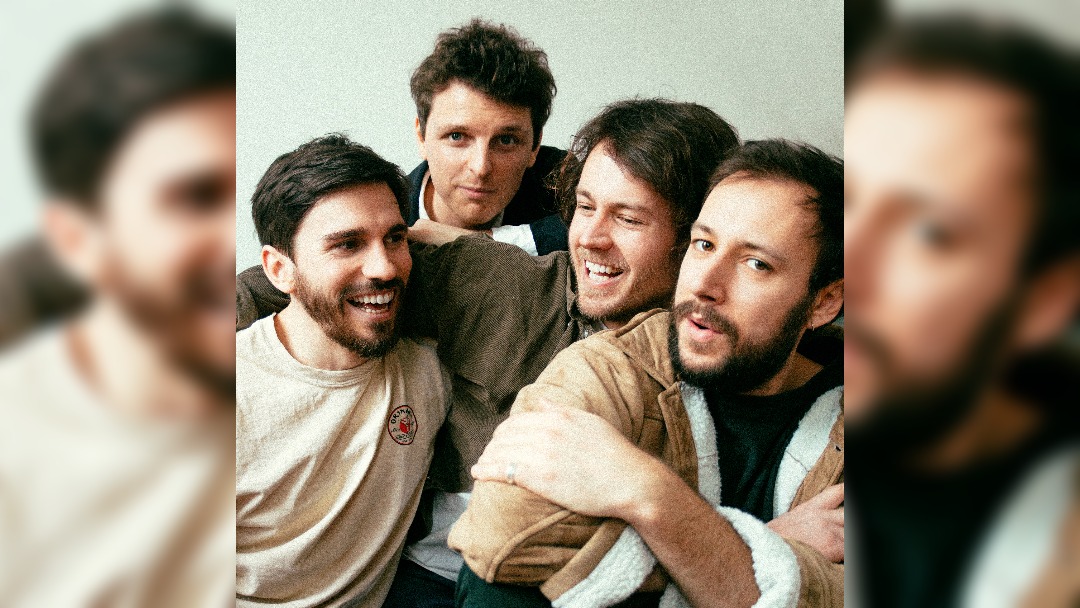 Night Flight are set to release new EP Songs From Echo Zoo on Friday and will be hitting the road in October in support of the new release.  The EP is out on Friday featuring the singles Something Going On, Dreaming and Canada.

The release follows shortly after the band confirmed a run of UK tour dates including a Manchester gig at YES.  The eight date UK tour opens at Brighton’s Green Door Store and includes gigs in Manchester, London and Sheffield.

Songs From Echo Zoo is set to bring in influences from a wide range of sources, reflecting each of the band members’ own styles and inspirations.  The EP saw all four members Sam Holmes (lead vocals, rhythm guitar), Oliver Halverson (bass, synths, BVs), Harry Phillips (lead guitar, BVs), and Dan Webb (drums) – contribute to the writing process, which is why so many disparate elements creep into the Night Flight sound.

As Sam Holmes explains, “We’ve got to the point where it feels like a collective.  We’ve always been a songwriting band and that hasn’t changed.”

Night Flight wrote the EP during the first lock down, in typical 2020 fashion exchanging ideas remotely.  “By the time we were in the studio, we knew exactly what we wanted,” says Harry. ““I always loved albums like Music From Big Pink by The Band, which have their own defining sound, and it used to bug me that we hadn’t got there. How can we pare back and find our own, four-piece formula? Now I feel we are approaching it.”

When do Night Flight headline at Manchester’s YES?