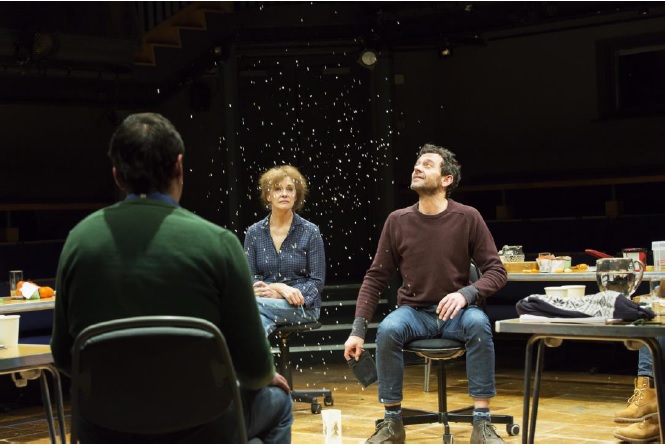 Actors Touring Company’s English language production of Winter Solstice received rave reviews upon its world premiere at the Orange Tree Theatre in London in early 2017, where it played to sell-out audiences.

What is Winter Solstice about?

Winter Solstice, the work of Roland Schimmelpfenning, the most performed playwright in Germany, tells the story of what appears to be a normal family. It is Christmas, in a Western middle class home. Bettina and her husband Albert aren’t happy. Bettina’s mother is staying for the holidays. Which is awkward.  Not least because Bettina’s mother met a man on the train. A charismatic, mesmerising man. Whose words carry echoes of a sinister past…

As a new – or maybe old? – kind of politics rises up around the world, this razorsharp comedy exposes the betrayals at the heart of family and society, shedding light on the insidious shifting of the boundaries of acceptable political discourse.

When is Winter Solstice is performed at Home Manchester?