Manchester busker stops homeless man eating out of a bin 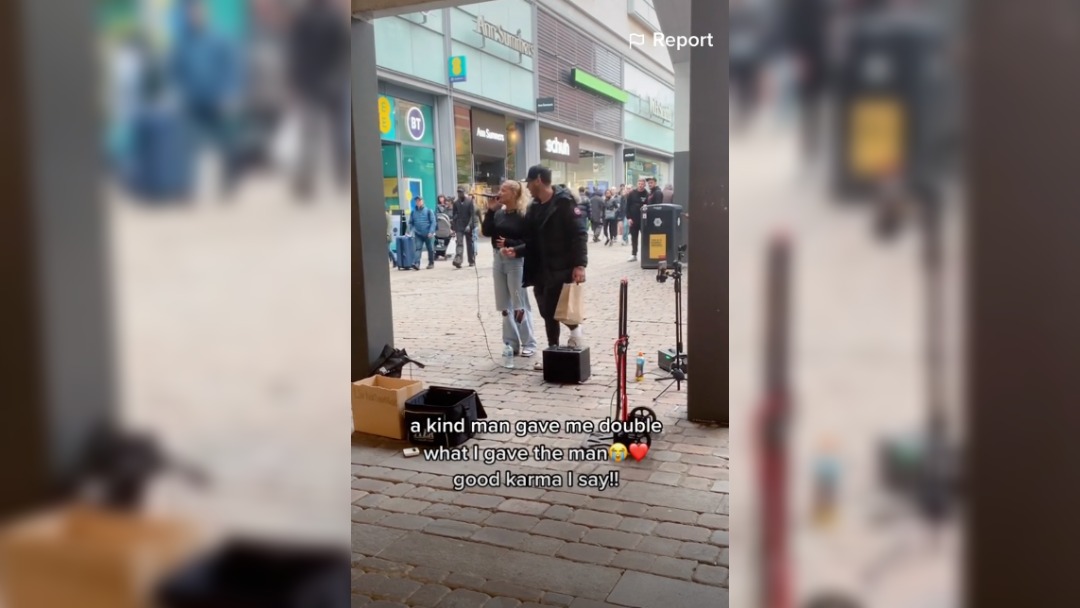 A busker in Manchester stopped in the middle of a performance to give a homeless man money to buy food when spotting him eating out of a bin.

23-year-old Liv Harland paused her song, which was being livestreamed, to give the man money which he promised to use to buy fresh food.  After he had thanked her and moved on, in an unexpected development, a passerby who had witness the moment gave her twice the amount back.

After posting a clip of the exchange, the video went viral picking up 3 million views in just a few and attracting more than 5,000 comments.

Liv, from York, commented, “I don’t give to receive, but in this life, what goes around comes around. Capturing this video, sharing this heartfelt moment, reminds me exactly why I do it.”

The singer, who has amassed a huge social media following, started busking four years ago whilst employed as a full-time childcare worker and now lives entirely on busking and livestreaming.  She has posted the self-written song ‘What A Lie’ and a cover of Dani & Lizzy’s ‘Dancing In The Sky’ on Spotify, and is now working on original material which will be released in 2022.