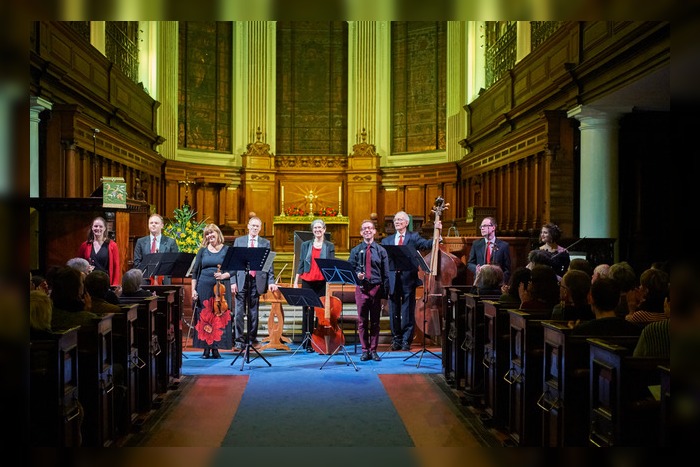 Manchester Baroque will perform three concerts at St Ann’s Church across March, May and July 2020.

The string of performances open on Saturday 7 March at St Ann’s Church with Concertos From Many Nations.  The programme will be a celebration of the European baroque repertoire including Bach’s third Brandenburg Concerto and his concerto for Oboe and Violin as well as works by Vivaldi, Telemann, Sammartini and Corette.

Manchester Baroque will then return to St Ann’s Church on 2 May with a chamber concert including pieces for the flute and recorder. Bach and Telemann also feature in this concert along with works by Quantz and a little known Italian, Detri.

They finish the year on 18 July with a programme that includes a Handel Op. 6 Concerto Grosso and a Corelli Concerto Grosso from his Op.6. Alongside these will be works by Georg Muffat, Sweelink and Count van Wassanaer.

What is Manchester Baroque playing at St Ann’s Church?