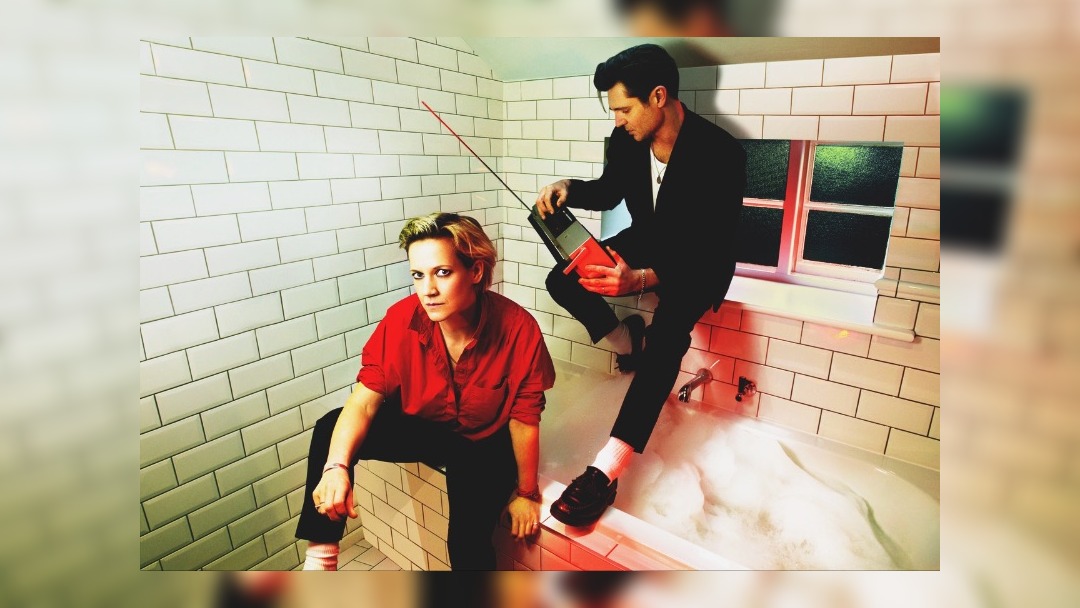 Manchester band Oh Baby have released their new single I Need Somebody To Love Tonight.  The single comes ahead of the release of their new album Hey Genius in July.

The duo, distant cousins Rick Hornby and Jen Devereux, met via a change meeting at a distant relatives funeral.

The duo’s new album Hey Genius follows on from previous long player The Art Of Sleeping Alone.  It keenly explores the duo’s captivation with the way electric currents work in conduction with human emotions and how rhythms impact feelings, with the dancefloor being the end of a journey.  They also draw inspiration from the likes of Kraftwerk, Tubeway Army and Human League.

Speaking on the writing and recording process, Oh Baby add, “The writing process always follows the same pattern, we will hole up separately for weeks that become months, stockpiling ideas and venturing down rabbit holes of sounds, words, effects and riffs, then getting together to plug-in, switch on and start building the tracks. We set up an outside home studio [in Manchester] during last year’s Summer lockdown, which ended up looking just how we wanted but being about as soundproof as a shower curtain so there are a few neighbours that got to know the basslines a bit too well.

“Neither of us are particularly technically minded at all so working with synths there tends to be a lot of ‘see what this button does’ moments, discovering sounds as we write and a lot of trial and error which can be either rewarding or torturous depending on which day or night you catch us on. A lot of the 80s type sounds on this record come from an old Juno that’s been here forever and a Korg MS20 as a midi keyboard that we also use live.

“The drum machine parts are always first worked out on an old Boss DR55. We tend to try and wiring as much as we can out of what we have, and try to use those limitations well, partly for obvious financial reasons but also to try and not be overwhelmed by choice, which seems to be an easy trap to fall into in a home studio with wi-fi.”

Hey Genius is released on 23 July via Burning Witches Records.  I Need Somebody To Love Tonight is out now.