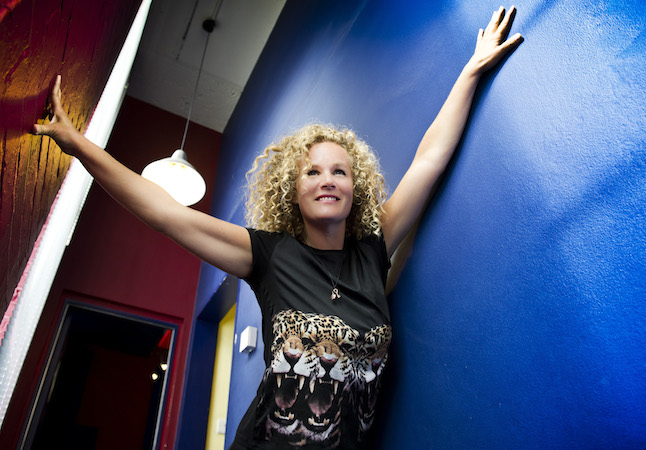 After two top 10 dance hits, Norwegian Ksyran is set to support Blue on their Manchester Apollo tour date (3 April).  The star of stage and screen (and mother of four) is a singer-songwriter most well known for her acting achievements, but her involvement in music has come naturally.  Her stunning soprano voice led her to sing in her produxtions and, in fact, she was exposed to music from a very young age, with her father being a professional drummer.

Classical, pop, rock, jazz and techno influences all fuse together in a wonderous musical melting pot that creates her distinctly unique sound. Ksyran nurtured her voice as lead vocalist for a number of groups including, a Jazz-group based in Montreux, a hard Rock- group in Geneva and rock- group, Daje Zik. But it’s as a solo artist that she is enjoying the greatest success.

Her new single, ‘Intimacy’ is the title track from her forthcoming album. Ksyran wrote ‘Intimacy’ after reading a book about a sensual and beautiful middle aged woman. The track is a celebration of womanhood, a call to every woman to celebrate herself, irrelevant of age or looks. ‘Intimacy’ follows in hot pursuit of her previous two singles, ‘You Don’t Love Me Anymore’ and ‘Heartless’ – both remixed by Mark Loverush and huge dance hits which stormed into Top10 of the UK dance charts during the first week of their release. So it’s no surprise that Ksyran will be a prominent feature on this year’s Ibiza circuit.

In Review: Foxes at The Ruby Lounge
In Review: Charlie Cooper at Matt and Phreds
In Interview: Gabriella Cilmi