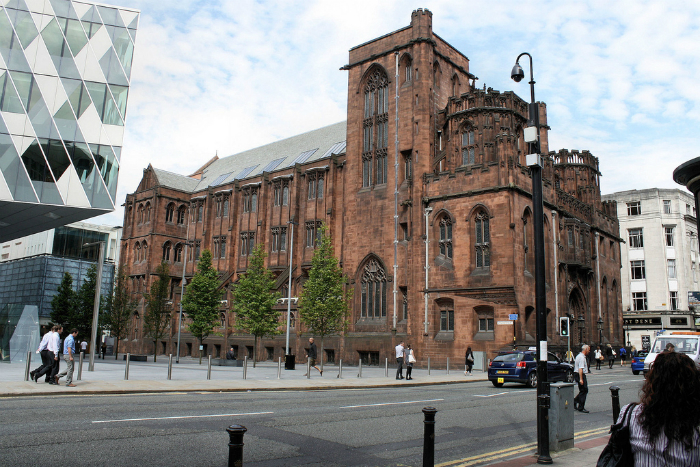 Manutius credited with making literature affordable to the masses

Manchester’s John Rylands Library has launched an exhibition on Aldus Manutius, the Italian humanist turned printer and publisher credited with being the first to make literature affordable to the masses.

The exhibition, which runs until Sunday 21st June, coincides with the 500th anniversary of his death and will celebrate the legacy of the Italian, the worlds most famous commercial printer and publishing innovator and the leading publisher of the Venetian High Renaissance.  Manutius is credited with bringing Greek and Roman classics including the writings of Poliziano, Dante’s Divine Comedy and the Hypnerotomachia Poliphili to the public through the new technology of printing and developed the then innovative pocked sized book as well as introducing the world to italic type and founding the Aldine Press in Venice.  He is also credited with standardising punctuation and being the first typographer to use a semicolon.

John Rylands Library has amassed a rich collection of works which will be looked at in this exhibition, called Merchants of Print: from Venice to Manchester and host a world-leading collection of Aldines, brought together by merchant collectors and scholars of the industrial north during the nineteen century.  The exhibition is set to consider just how some of these books came to find their home in Manchester at the John Rylands Library as well as learning about how the books were actually made and the printing techniques used.

Rare Books and Maps Manager Julianne Simpson said: “The Aldine collection at The John Rylands Library is truly remarkable for its size and depth, containing editions of the finest quality printing the Renaissance had to offer. Rarely has such an exquisite display of books from the foremost centre of early printing been on public display.”