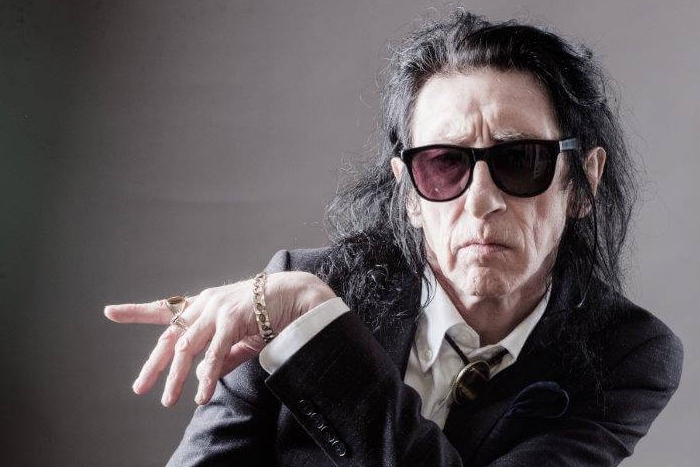 John Cooper Clarke has announced a UK tour for May/June 2021, celebrating his new autobiography I Wanna Be Yours.

The tour opens on 15th May 2021 at Leicester’s De Montfort Hall and culminates in a home town performance at Manchester’s Bridgewater Hall.  The tour also includes a show at Liverpool’s Mountford Hall.

The new show will see John Cooper Clarke performing a showcase of poetry and spoken word, and sharing stories from his career.  John’s upcoming memoir will be released in the UK on 15th October by Picador. The book will explore his extraordinary life, filled with remarkable personalities: from Nico to Chuck Berry; Bernard Manning to Linton Kwesi Johnson; Elvis Costello to Gregory Corso; Mark E. Smith to Gil Scott Heron and Joe Strummer and on to more recent fans and collaborators like Alex Turner, Plan B and Guy Garvey. Interspersed with stories of his rock and roll and performing career, John also reveals his mind-boggling encyclopaedic take on popular culture over the centuries: from Baudelaire and Edgar Allan Poe, to Pop Art, pop music, the movies, fashion, football and show business – with more than a few laughs along the way.

When does John Cooper Clarke perform at Manchester’s Bridgewater Hall?

When do tickets go on sale for John Cooper Clarke’s UK tour?

Tickets for John Cooper Clarke’s UK tour go on sale at 10am on Friday 16 October.