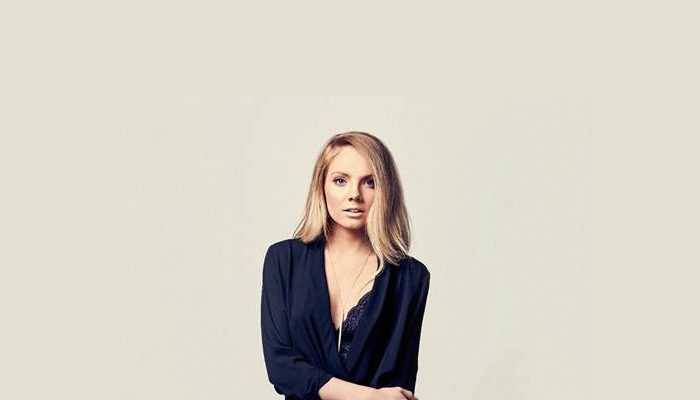 The five date tour will feature the four artists performing a Nashville-style songwriters round promoted by the Country Music Association.

Who is taking part in the Introducing Nashville UK Tour?

Danielle Bradbery:
Twenty two-year-old, multi-faceted artist Danielle Bradbery (pictured above courtesy Cameron Powell) released sophomore album I Don’t Believe We’ve Met in December 2017 on BMLG Records. Reintroducing herself after taking time since her debut LP to focus on the writing process and, for the first time, infusing her own story into her songs, she penned seven of the album’s 10 tracks, including lead single Sway and the empowering follow-up anthem Worth It. She recently released her single Goodbye Summer with Thomas Rhett to radio. The Texas native has worked on fine-tuning her unique sound since getting her start winning Season 4 of NBC’s The Voice and has since garnered multiple ACM nominations as well as being up for CMT Breakthrough Video of the Year and Performance of the Year. Bradbery recently shared her cover of A Star Is Born hit Shallow featuring Parker McCollum, and the critically-acclaimed “Yours Truly: 2018” series featuring her take on Ariana Grande’s God is a Woman, Post Malone’s Psycho and Kacey Musgraves’ Slow Burn. She is currently touring fairs and festivals across the country after kicking off the year on Kane Brown’s Live Forever Tour and making her Australian debut at the CMC Rocks music festival.

Travis Denning:
A native of Warner Robins, Georgia, Mercury Nashville’s Travis Denning vividly remembers the moment he realized he wanted to pursue music for a living. He was seven years old sitting in his Dad’s truck and heard AC/DC for the first time. From then on, he was hooked and devoured all types of music from Country, pop, rock and heavy metal. Denning started playing local bars at the age of 16 and built a solid following from his distinctive songs and raucous guitar licks. He moved to Nashville in 2014 and within a year signed a publishing deal with Jeremy Stover’s RED Creative Group. After securing outside cuts by Jason Aldean, Justin Moore, Michael Ray and Chase Rice he caught the attention of Universal Music Group where he eventually signed a record deal in 2017. Travis just released his new single “After A Few,” which he co-wrote with Kelly Archer and Justin Weaver following his Top 40 debut single “David Ashley Parker From Powder Springs.” Last fall, Denning was selected as a CMA KixStart Artist Scholarship recipient receiving unique opportunities to participate in events as well as connect with industry professionals. The singer/songwriter has previously opened shows for Cole Swindell, Alan Jackson, LANCO, Justin Moore, as well as Chase Rice and just wrapped up his first headlining Heartbeat Of A Small Town Tour. Travis will be performing major festivals this year including Stagecoach, Carolina Country, LakeShake and many more. When he is not touring, he is in the studio working on his debut album.

Chris Lane:
Since bursting onto the scene with his breakout No. 1 smash “Fix,” Chris Lane’s star continues to rise with Gold and Platinum single certifications, two Top 10 albums and one billion combined streams. Out of the gate, his new single “I Don’t Know About You” is climbing the Country radio charts and follows the success of his hit collaboration “Take Back Home Girl” with Tori Kelly. Both songs are featured on Lane’s Big Loud Records sophomore album, Laps Around The Sun, that made a chart-topping debut at No. 1 on the iTunes Top Country Albums chart and inside the Top 10 of Billboard’s Top Country Albums chart for the second time in his career. Gaining recognition, Lane was named one of MusicRow’s 2017 Next Big Thing Artists, has scored nominations at the iHeartRadio Music Awards, ACM Awards and Radio Disney Music Awards and appeared on “TODAY,” “The Bachelor,” “The Tonight Show Starring Jimmy Fallon,” “Late Night With Seth Meyers” and “CONAN.” Previously landing coveted opening slots on tours with Florida Georgia Line, Dustin Lynch, Garth Brooks, Rascal Flatts, and Tim McGraw + Faith Hill, the Kernersville, NC native closed out his second headline trek, the Laps Around The Sun Tour, in January. Recently wrapping his run as a special guest on Dan + Shay: The Tour, he will hit the road with Brad Paisley as direct support on his 2019 World Tour later this year.

Rachel Wammack:
The 24-year-old Muscle Shoals, Alabama native has a “deep-rooted, classic sound” (Wide Open Country) influenced heavily by the rich music history from her hometown. Her songs showcase a “powerful, raw, honest collection” (All Access), which has earned her recognition as the only artist in the genre selected for Entertainment Weekly’s “2019 Artists to Watch” list. The singer made Rolling Stone’s “10 Best County EPs of 2018,” Amazon and NPR’s “Best Music of 2018” list, while earning additional “2019 Artist to Watch” acclaim from multiple outlets including AOL, Pandora, Music Row, PopCulture, Sounds Like Nashville and more. Pegged as CMT’s “Next Women of Country” as well as Bobby Bones “Class of 2019,” Wammack recently released her single “Enough” and joins multiple festivals throughout the U.S. including Tortuga Music Festival, Stagecoach, Country Lake Shake and more.

When does Introducing Nashville take place at Manchester’s RNCM?

When do tickets go on sale for Introducing Nashville at Manchester’s RNCM?

Tickets for the Introducing Nashville tour featuring Danielle Bradbery, Travis Denning, Chris Lane and Rachel Wammack go on sale at 10am on 17 May 2019. 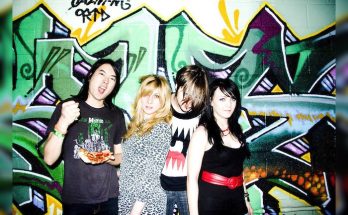 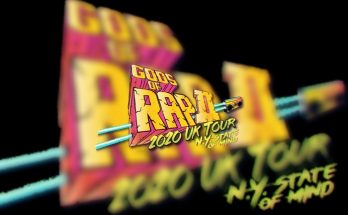 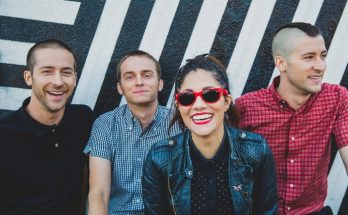