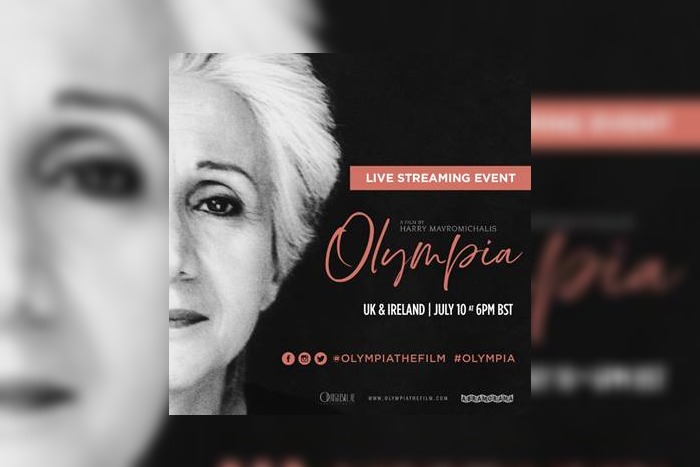 Hope Mill Theatre is set to live stream the UK premiere of a new documentary celebrating the career of Oscar-winning icon Olympia Dukakis.

Olympia, directed by Harry Mavromichalis, will be streamed free of charge on Hope Mill Theatre’s facebook page at 6pm on Friday 10 July, although Hope Mill Theatre is asking for donations from audiences.

The premiere of the US documentary was due to have taken place in New York but was postponed due to the Covid-19 pandemic – so producers have decided to have a one-off online premiere of the film before its wider release. As well as the UK premiere, it is also being streamed in the USA & Europe.

The documentary is an intimate look at the life and career of the stage and screen legend and marks a deeply personal portrait of the actress, her craft and her legacy.  The film features contributions from stars including Whoopi Goldberg, Laura Linney and more talking about Dukakis, who won the Best Supporting Actress Oscar in 1988 for her role in Moonstruck and appears in the much-loved film Steel Magnolias.

The documentary will be followed by a pre-recorded Q&A with the actress.

Speaking about streaming the event, Joseph Houston, Artistic Director of Hope Mill Theatre, said, “We are honoured to be involved in the live stream of the Premiere of Olympia. So many generations know Olympia’s incredible work from screen, but not many may be familiar with her career on stage, which was her first love and continues to be. It will be an in-depth, personal look into her craft and career and we are thrilled to be sharing it with UK audiences. There will be no cost to view the documentary, but we will be sharing info on how to support us and make a donation to the venue.”