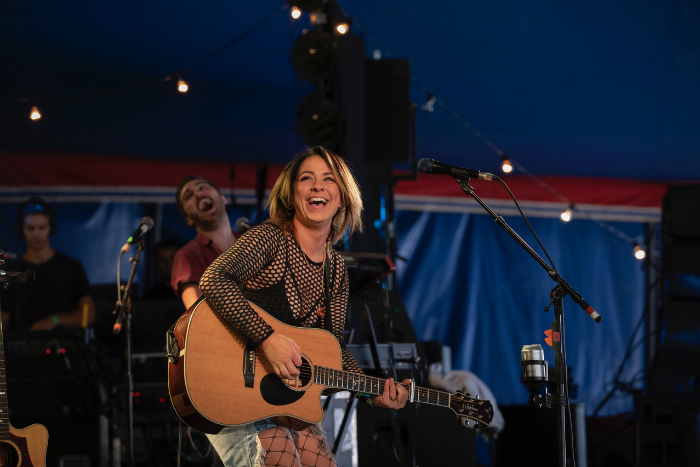 After releasing her fifth studio album and playing at Glastonbury, Lucy Spraggan has announced a huge UK and Ireland tour including a Liverpool gig at Leaf.

Latest album Today Was A Good Day spawned the lead single Lucky Stars which has racked up more than 1 million streams.

Lucy started out as a singer-songwriter performing at open-mic nights around the country. At just 19-years-old she took the brave decision to perform her self-penned hit ‘Last Night (Beer Fear)’ on the X Factor and secured a Top 20 single and Top 30 self-released album whilst still competing in the show. That journey resulted in her becoming the most Googled musician of 2012.

She is now set to embark on a 32-date UK and Ireland tour, including gigs at Nantwich Studio, Leeds’ Wardobe and Liverpool’s Leaf.

When does Lucy Spraggan perform at Leaf, Liverpool?

When do tickets for Lucy Spraggan’s UK and Ireland tour go on sale?

Tickets for Lucy Spraggan’s UK and Ireland tour go on sale at 9am on Friday 12 July.