Full cast announced for Wizard of Oz at Stockport Plaza 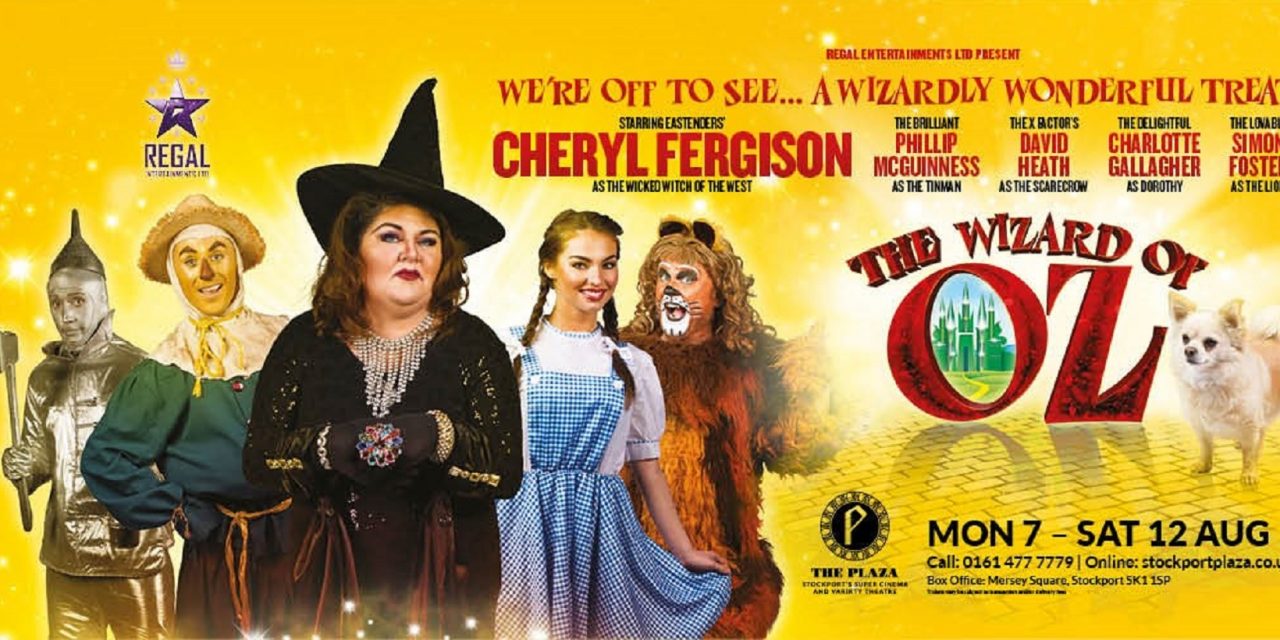 The producers of The Wizard of Oz have revealed the full cast for its run at Stockport Plaza.  The family favourite tells the story of Dorothy Gales and her dog Toto as they embark on a wondrous adventure over the rainbow in the magical land of Oz.

Who will star in Wizard of Oz at Stockport Plaza?

Cheryl Fergison, most notably known for playing Heather Trott in the BBC soap, returns as The Wicked Witch of the West; a multi-talented performer, Cheryl has starred in many stage and film productions and is a wonderful singer and musician.

No stranger to pantomime, she has also appeared in Cinderella, Jack and The Beanstalk and Beauty and the Beast to name but a few, as well as making audiences boo and hiss with her performance as The Wicked Witch in 2016’s production of The Wizard of Oz.

Stepping in to the coveted Ruby Slippers once more, the incredibly talented Charlotte Gallagher also returns to play Dorothy. Audiences may recognise Charlotte from her wealth of stage experience including panto roles at venues across the North West including performances of Peter Pan, Snow White and Alice in Wonderland.

David Heath was a contestant on ITV’s The X Factor back in 2006 as a member of boy band Eton Road. Since his time on the show he has turned his talents to theatre with credits including Billy in Wag – The Musical, as well as pantomime leading men including Aladdin, Prince Valentine in Snow White and Prince Valiant in Sleeping Beauty.

Olivia Sloyan trained at the Liverpool Institute for Performing Arts (LIPA) and London School of Musical Theatre. Her stage credits include Blood Brothers in both the West End and touring production, along with Sue in Rita, Sue and Bob Too at St Helens Theatre Royal and Cinderella and Snow White at Buxton Opera House.

Guaranteed to give an oil-slick performance as Tinman, the charming Philip McGuiness is a panto regular having previously played Gaston in Beauty and the Beast and Captain Hook in Peter Pan.

Finally, renowned for his feat as the dame in countless panto land productions including Potty Polly in Beauty and the Beast and Widow Twankey in Aladdin, Simon Foster will be bringing his hilarious antics as the Cowardly Lion.

When does Wizard of Oz run at Stockport Plaza?

Wizard of Oz runs at Stockport Plaza from Monday 7 until Saturday 12 August.  Shows at 1pm and 5pm.  Tickets priced from £13.