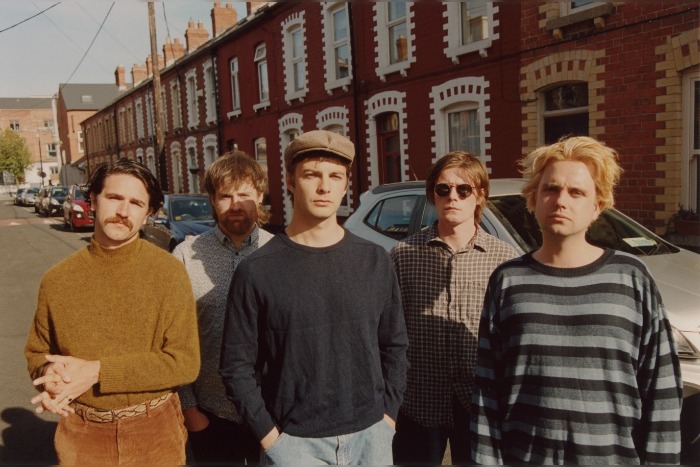 Fontaines D.C. have announced a 13-date UK tour opening with a Manchester gig at Manchester Academy.  The run of dates in May will also include the band’s biggest headline UK show to-date at London’s Alexandra Palace.

News of the tour follows the announcement of the band’s second album A Hero’s Death.  The album was produced by Dan Carey and was announced by the band alongside the title track which features a music video starring Aidan Gillen of Game of Thrones and Peaky Blinders fame.  A Hero’s Death is due for release on 31 July 2020.

NHS staff and Key Workers will also have the chance to secure free tickets to the shows with 50 being made available at all regional gigs and a further 200 for London’s Alexandra Palace.  Tickets will be distributed on a first come first served basis with applications needing to be made by email to fontaines@metropolismusic.com by 5pm BST on Tuesday 30 June listing the applicant’s profession and the show they wish to attend.  Tickets will be limited to 2 per customer and ID will be required.

When do Fontaines D.C. headline at Manchester Academy?

Fontaines D.C. headline at Manchester Academy on 7 May 2021.  The Manchester gig is the opening date of the 13 show tour:

When do tickets go on sale for Fontaines D.C.’s UK tour?

Tickets for Fontaines D.C.’s UK tour go on sale at 9am on Friday 3 July.  Fans can get access to artist pre-sale on Wednesday 1 July by pre-ordering the album from the band’s official store or signing up to their mailing list at https://www.fontainesdc.com