Flawes share new single What’s A Boy To Do 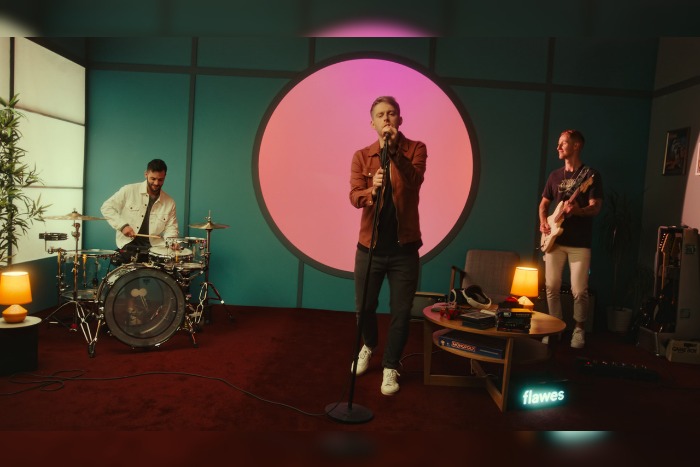 Flawes are back with new single What’s A Boy To Do from their upcoming EP Reverie, due for release in February.

The new single follows previous EP track Holding Out For The Win.

On the release of their last single, Flawes broke the world record for the most individual live streamed performances of a single song in a twelve-hour session.  In an incredible run they performed Holding Out For The Win 60 times.

Now the release of What’s  Boy To Do marks the next step in the run up to Reverie.  The track features typically uplifting hooks as it toes the line between alt-pop and dynamic live band as the band look for positivity in tough situations.  As drummed Josh Hussey explains, “It’s about believing in yourself, going for a goal and knowing that even if you fail, you’re still proud of yourself for seeing it through.”

The accompanying video continues where previous track Holding Out For The Win left off as they return to the same room and experience a surprise transformation.

Reverie is due for release in February, featuring the tracks Holding Out For The Win; What’s a Boy To Do; Higher Than Before (featuring Mali Koa); I Don’t Quit For No One; Move Over; and Against All Odds.