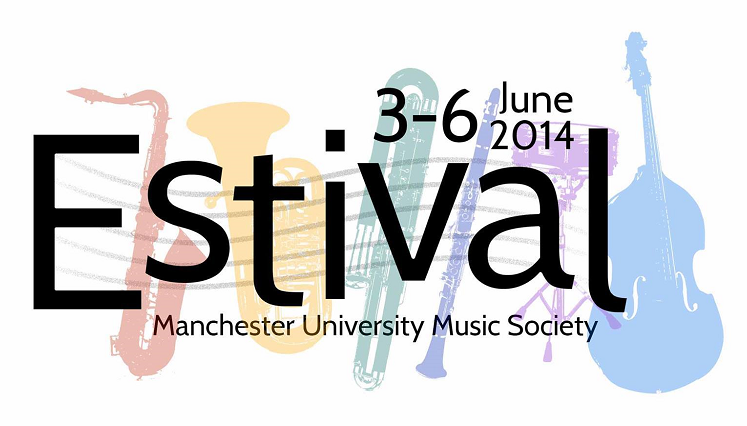 It’s festival season – as rock, pop, dance takes over fields and parks the length and breadth of the UK, Europe and the US. But the classics don’t miss out in Manchester. … It’s time for Estival – Manchester University Music Society’s four day long equivalent to the Proms!

The event kicks off on 3rd June at the Martin Harris Centre at the University of Manchester (Oxford Road Campus – Bridgeford Street) and will see nine concerts over four days – featuring an incredibly wide range of music, and ensebles such as the Big Band, Wind Orchestra, Ad Solem chamber choir and the Manchester University Music Society Symphony Orchestra And what’s more, some of the events are free!

So, what’s the schedule?

1.10pm – Grade 1 Orchestra – In an interesting twist, Manchester University Music Society members take to an instrument they have barely ever played before (well until a recent charity drive where they each took up a new instrument for the first time). And now they are performing a concert on their new instruments – see how quickly they have mastered them (hopefully!) Free!

7.30pm – Manchester University Wind Orchestra – featuring the likes of Grieg (Norwegian Dances), Tomlinson (Suite of English Folk Dances) and Ellerby (Paris Sketches) amongst others, the Wind Orchestra returns for its third concert of the year. Tickets £10 / £6 / £3.

1.10pm – University of Manchester Brass Band – off the back of a recent tour of Northern Ireland, the UoM Brass Band will be bringing a number of contemporary works to this lunchtime concert. Free!

5.00pm – Ad Solem and The Cosmo Singers – In a unique collaboration, the Ad Solem Chamber choir joins forces with The Cosmo Singers to perform pieces by Poulenc, Brahms, Mozart and Debussy amongst others. This concert will take place at the Church of the Holy Name (Oxford Road).