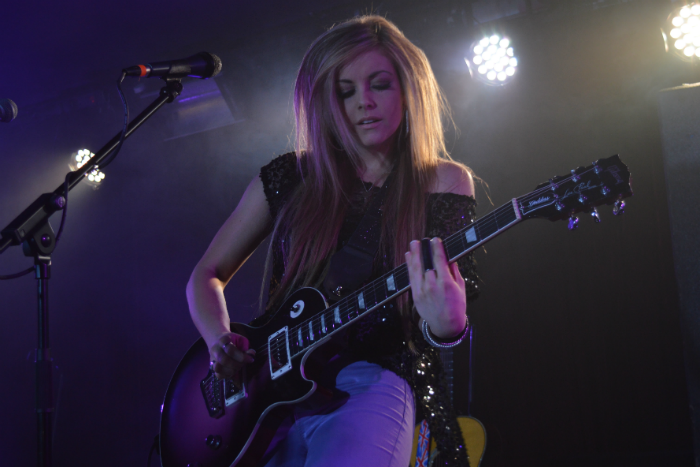 Ahead of the huge Country to Country Festival which hits London’s O2 in March, the organisers have announced a series of ‘C2C Roadshow’ gigs, including three Manchester gigs at the Deaf Institute and the Ruby Lounge.

The shows will take place in the week after C2C takes place over three days and nights in London.

The three gigs which have been announced for Manchester are:

As previously announced C2C favourites High Valley will head to Manchester’s Deaf Institute on Sunday 11 March. The Canadian Breakout duo sighed Atlantic Records/Warner Music Nashville mark yet another career milestone with their single, She’s With Me, entering the Top 15 at country radio. The song tallies over 23 million on demand streams and serves as a standout on their major label debut Dear Life. Brothers Brad and Curtis Rempel wrapped their first US headline run with multiple sold out dates at the end of last year and will embark on a global run of dates to Europe and Australia in March. The brother duo will open the BBC Radio 2 stage on Friday, March 9 as part of London’s C2C Festival before headlining the official aftershow party for C2C Glasgow at SW3G.

Ashley Campbell: Songwriter. Singer. Banjo player. Ashley Campbell juggles all three roles, armed with the ability not only to dream up a modern country song, but to deliver it, too. Already known for her work alongside her father, country legend Glen Campbell —who, during his final years as a touring musician, leaned heavily on his youngest daughter as a banjo player, keyboardist and harmony vocalist —Ashley is now stepping out on her own. Her music is a mix of her wide-ranging influences, combining the old-school country sound popularized by her father during the ’60s and ’70s with contemporary Americana, rootsy folk and country-pop. Glen Campbell’s long-time fans may hear something familiar in Ashley’s melodies as she embraces these similarities while distinguishing herself as a talented frontwoman.

Mo Pitney: When Mo Pitney sings “let me tell you about country” in his debut single, he’s doing more than telling. He’s showing. Appropriately titled, the song “Country” is as much positioning statement as introduction. In three minutes and 16 seconds, it is almost precisely who he is in word and deed. The vocal delivery, storytelling, musicianship and reflections of his outdoor lifestyle – as well as faith, family and patriotism – offer a spot-on portrayal. Joined by early fan favourites “Clean Up On Aisle Five” and “Come Do A Little Life,” the song carves an unmistakably country yet completely fresh groove for the genre. In short, it sounds like nothing else, but absolutely belongs. To paraphrase the song, a life in music isn’t a place on a map; it’s a place in Mo Pitney’s heart. “I just love music,” Pitney says, exhibiting atypical maturity for someone still in their early twenties. “It has never been about praise.

Ryan Kinder: For Alabama native Ryan Kinder, it’s all about the music. Inspired by his Southern upbringing, country strongholds Garth Brooks, Keith Urban and Brad Paisley, and rock and soul sensations like Eric Clapton, Marc Broussard, Stevie Ray Vaughan and Jackson Browne, Kinder is perfecting a truly unique sound, both expressive and impactful, that hits close to the hearts of his growing fan base.

Kristian Bush: GRAMMY-winning recording artist Kristian Bush has been leaving his mark on music for more than two decades. The singer, songwriter, producer and multi-instrumentalist started his career with folk-rock duo Billy Pilgrim in the early 90s; in 2004, he exploded onto the country music scene with Sugarland, surpassing sales of over 22 million albums worldwide, achieving five No. 1 singles and winning numerous awards, including GRAMMYs, AMAs, ACMs, CMT Music Awards and CMAs. Currently back in the studio, watch out for new music to come.

Lindsay Ell: Named one of The Huffington Post’s “Top Country Artists to Watch,” Lindsay Ell (pictured above performing at The Ruby Lounge in 2015) is a triple threat: accomplished musician, unique vocalist and songwriter. The young Calgary native learned to play guitar while traveling with her father to country-bluegrass camps as a young girl. Ell honed her craft as a musical stylist and songwriter after being discovered by BTO and The Guess Who’s Randy Bachman (“American Woman” / “Taking Care of Business”) at the age of 13. Ell’s debut EP, Worth The Wait (produced by Kristian Bush) is out now.  Lindsay Ell returns to Manchester following her previous phenomenal gig at the Ruby Lounge.

Levi Hummon: Levi Hummon made his imprint on the Nashville community before he realized the extent of his craft. Born and raised in Music City, Levi was surrounded by music greats. The LEVI HUMMON EP, was released by Big Machine Label Group in 2016, is a glimpse into the songwriter’s zest for life, thirst for adventure and homage to his upbringing. Levi’s been busy on the road touring with the likes of Frankie Ballard, Kelsea Ballerini, Billy Currington, Hunter Hayes, Sam Hunt, Kip Moore, David Nail, Michael Ray, and A Thousand Horses, plus Levi helped launched C2C 2018 with Lindsay Ell in London last October as part of Country Music Week.

When do tickets for the C2C Roadshow gigs go on sale?

Tickets for each C2C Roadshow date and C2C presents shows are on sale from Friday 9 February at 9am.  High Valley tickets are on sale now.