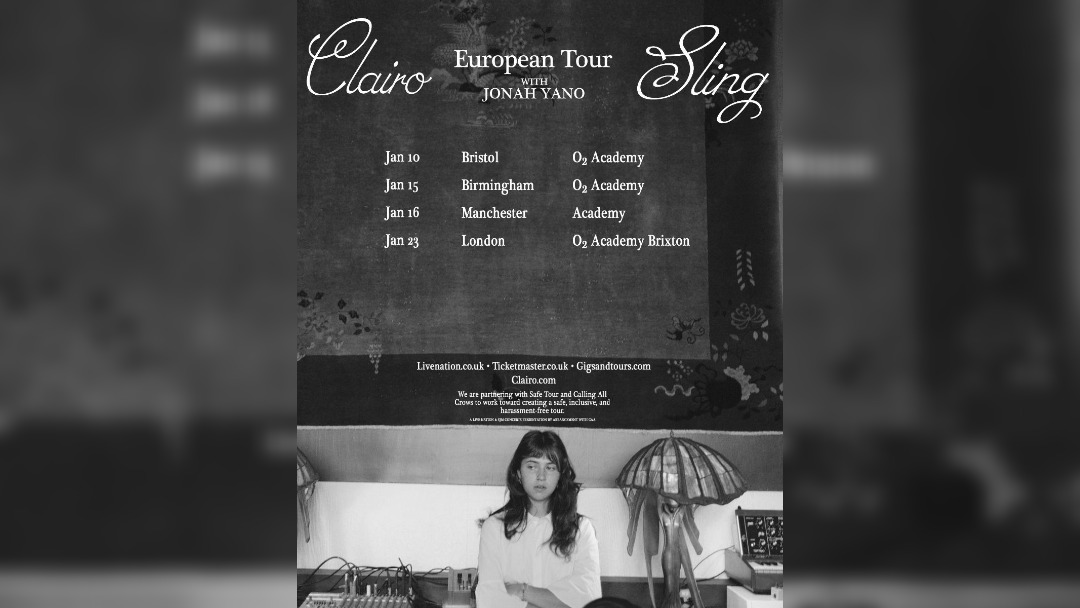 Clairo has announced a run of four UK tour dates for January 2022 including a Manchester gig at Manchester Academy.

The tour follows the release of Clairo’s critically acclaimed second album Sling.  The album was co-produced with Grammy Award winning producer Jack Antonoff.  Sling follows the success of her 2018 debut Diary 001 EP and 2019 full-length album debut Immunity.  Her growing catalog includes the platinum-certified Pretty Girl and gold-certified 4Ever and Flaming Hot Cheetos in addition to Are You Bored Yet?—her platinum collaboration with Wallows. To date, Clairo has amassed over 3 billion streams and counting.

Clairo has partnered with Safe Tour and Calling All Crows for the upcoming tour dates to provide a safe and harassment free concert experience.  The tour will include a dedicated representative from Calling All Crows on her touring team who will respond to requests for support through a text helpline and proactive canvassing at each concert.  Speaking about the initiative Claire said, “Now that shows are starting to come back into our everyday lives, it’s important to prioritize everyone’s experience to the fullest. Everyone deserves a resource and everyone deserves to enjoy the show in peace. I want the audience to know that there is someone who will listen and believe them at every show.”

When does Clairo headline at Manchester Academy?

When do tickets go on sale for Clairo’s UK tour dates?

Tickets for Clairo’s UK tour dates go on sale at 10am on Friday 17 September.