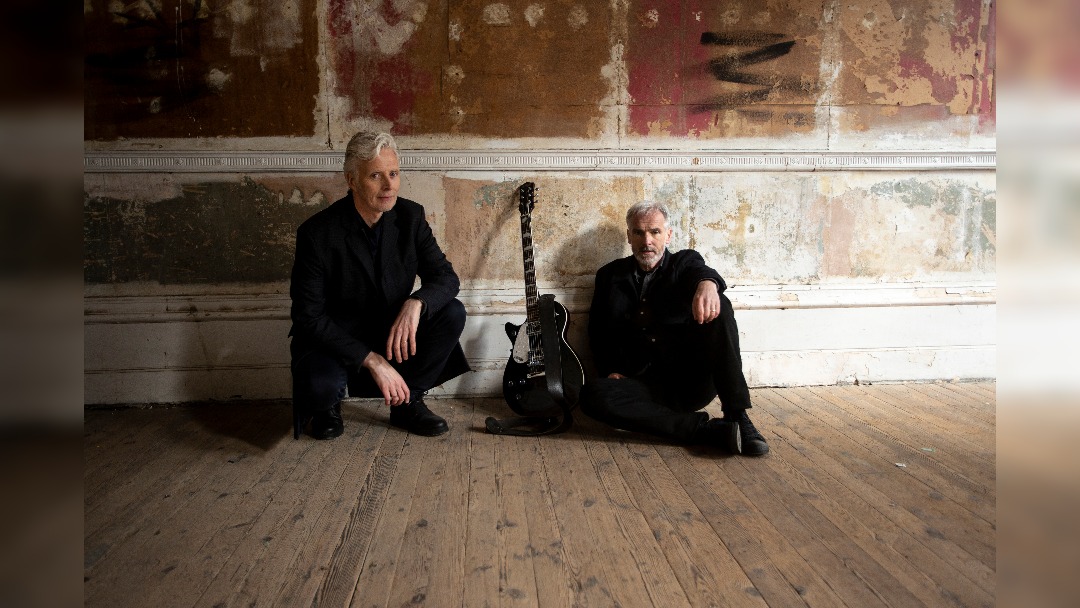 The two best friends grew up surrounded by the sounds of traditional Irish country music, meeting in Nottingham in the ’70s.  From talking about music endlessly on the school bus, to joining The Moonshiners as teenagers, an Irish country band led by Kevin’s father, their friendship has always been rooted in their shared love for music. It wasn’t long before they had started their own band, The Rambling Boys (borrowed from a song) and took to the road. Enthralled by the ‘country rock’ and ‘outlaw country’ sounds which were emerging from the US at the time, they began to introduce their audiences to the music of Waylon Jennings, Creedence and Joe Ely in their sets.

Life then took Kevin and Tony in different directions.  But fate brought them back together.  They found themselves, separately, on the east coast of the US.  Seizing the opportunity they zig-zagged across the States performing together and were offered the opportunity to go pro.  Instead they opted for the post-graduate jobs waiting for them in the UK.

Now, thirty years later, they are ready to give music another shot and The County Affair is born.  The band caught the attention of veteran producer Tom Nichols, a partnership was struck and their album soon took shape and was recorded at Abbey Road.

The County Affair sound is built on country, Americana and blues.

Now they have released Playing Poker, the follow up to previous single Every Ghost.