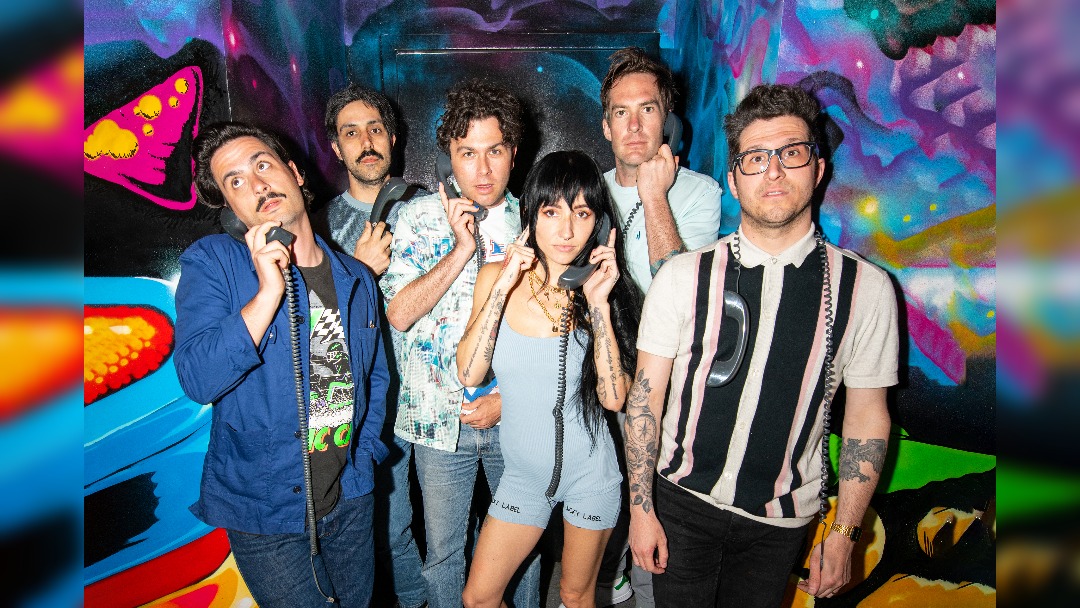 Arkells have shared their new track Human Being featuring Lights ahead of a Manchester gig in September.

As well as joining Arkells on the new single, Lights will also join them at their Manchester Club Academy gig.

Human Being also lands ahead of Arkells‘ seventh studio album Blink Twice, which is out on 23 September.

Speaking about the track, Arkells frontman Max Kerman said, “We wanted a chaotic energy – something like Talking Heads meets Billy Joel.  We are learning a lot about ourselves on this record. This song is about finding a truer version of yourself – the one you’ve hid in the past. The song is searching for a kind of freedom that conventional life paths have to offer. Once we had it in good shape we sent it to our friend Lights who is the best at writing about this kind of discovery.”

Arkells are joined on the track by Lights, who added, “To me, this song feels like an anthem for seeking out moments and people that can make you feel something.  We all need a shake up and we all hate being stuck in a rut. We all, as humans, share commonalities and needs that bring us together.”

Blink Twice will be a companion album to the band’s latest release Blink Once.  The album features a new collection of songs where they push their sound and creativity.  As well as the collaboration with Lights, they have also worked with Aly & AJ on the track Dance With You and Cold War Kids on album track Past Life.

“Blink Twice is about going to new places and seeing the world with fresh eyes. You can either move through life and grow stubborn, or you can grow curious”, says Max Kerman. “We’ve never had an album with so many guest artists along for the ride. Everyone from Cold War Kids, to Aly & AJ, Tegan and Sara, Lights, Cœur De Pirate, Joel Plaskett and Wesley Schultz of The Lumineers. At our core we’ll always be a living, breathing soul band. But Blink Twice lets us be that and more.”

When do Arkells headline at Manchester Club Academy?