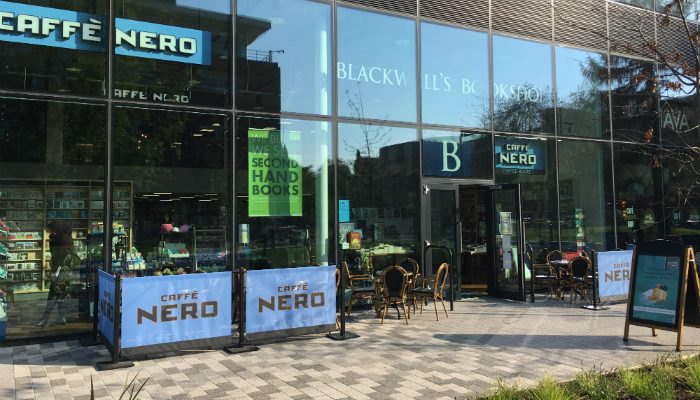 Blackwell’s at the University of Manchester’s University Green area are holding a series of in-store events covering literary, non-fiction and academy book launches.

So, what’s coming up at Blackwell’s, University of Manchester?

Caroline O’Donoghue comes to the Manchester Blackwells to talk about her debut novel Promising Young Women with Lara Williams.  A columnist for The Irish Times and host of the podcast Sentimental Garbage, Caroline O’Donoghue also co-hosts The School for Dumb Women.

Jane Peters is an adrift twenty-something by day, and a world-weary agony aunt by night. When an office party goes too far, Jane dissolves into the high-stakes world of being the Other Woman: a role she has the right advice for, but not the smarts to follow through on.

What starts out as a drunken mistake quickly unravels as Jane discovers that sex and power go hand-in-hand, and that it’s hard to keep your head when you’ve become someone else’s dirty little secret. And soon, her friendships, her sanity and even her life are put into jeopardy…

The Manchester launch of prize-winning author Polly Clark’s new novel Tiger.  Polly will talk to Martin Royle who helped put together her strip to Siberia and is heavily involved in tiger conservation in the region.

Polly Clark has worked as a zookeeper at Edinburgh Zoo, where her fascination with Siberian tigers began. For Tiger she undertook a research trip to the remote Russian taiga, where, in the depths of the Siberian winter, at temperatures of -35C, she learned how to track wild tigers.

Set across two continents, Tiger is a sweeping story of survival and redeeming love that plunges the reader into one of the world’s last wildernesses with blistering authenticity.

Frieda is a primatologist, sensitive and solitary, until a violent attack shatters her ordered world. In her new role as a zookeeper, she confronts a very different ward: an injured wild tiger.

Deep in the Siberian taiga, Tomas, a Russian conservationist, fears that the natural order has toppled. The king tiger has been killed by poachers and a spectacular tigress now patrols his vast territory as her own.

In a winter of treacherous competition, the path of the tigress and her cub crosses with an Udeghe huntress and her daughter. Vengeance must follow, and the fates of both tigers and people are transformed.

Learning of her tiger’s past offers Frieda the chance of freedom. Faced with the savage forces of nature, she must trust to her instinct and, like the tiger, find a way to live in the world.

Blackwell’s partner with the Alliance Francaise de Manchester to bring Olivia Rosenthal to the store where she will discuss her new book To Leave with the Reindeer.

The French novelist and teacher of creative writing lectures at University Paris VIII, where she and a colleague founded one of the first Creative Writing MA programmes in France.  Her work has won numerous prizes, including the Prix Wepler, Prix du Livre Inter and Prix Alexandre-Vialette.

To Leave with the Reindeer is the account of a woman who has been trained for a life she cannot live. She readies herself for freedom, and questions its limits, by exploring how humans relate to animals. Rosenthal weaves an intricate pattern, combining the central narrative with many other voices – vets, farmers, breeders, trainers, a butcher – to produce a polyphonic composition full of fascinating and disconcerting insights. Wise, precise, generous, To Leave with the Reindeer takes a clear-eyed look at the dilemmas of domestication, both human and animal, and the price we might pay to break free.

Adventurer and explorer, Phoebe Smith, is the Calm app’s newly appointed Sleep Storyteller in Residence.  The author of Extreme Sleeps is now embarking on a UK and Ireland tour to showcase the new literary form and help Britons sleep more easily.  She will be answering questions about sleep, offering tips on improving rest and then lulling people off to sleep with a story.

Trouble sleeping is a major health problem in the UK and globally, with over a quarter of Britons sleeping poorly on a regular basis.

Sleep Stories – or bedtime stories for grown-ups – are sleep-inducing audio tales that mix soothing words, music and sound effects to help adult listeners wind down and drift off to dreamland. Smith has been described as the ‘J.K. Rowling of Slow Literature’ – which Michael Acton Smith, co-founder of Calm, defines as “half literature, half sleep aid and totally relaxing”.

Becky Alexis-Martin visits Blackwells for the Manchester launch of her new book Disarming Doomsday: The Human Impact of Nuclear Weapons since Hiroshima.  The lecturer in Political and Cultural Geographies at Manchester Metropolitan University and Senior Research Fellow in Human Geography at the University of Southampton has a particular interest in the health and wellbeing of nuclear communities and nuclear culture as well as nuclear warfare, irregular warfare and terrorism and the long-term socio-environmental consequences of each scenario.

Since before the first atomic bomb exploded over Hiroshima, the history of nuclear warfare has been tangled with the spaces and places of scientific research and weapons testing, armament and disarmament, pacifism and proliferation. Nuclear geography gives us the tools to understand these events as well as the extraordinary human cost of nuclear weapons. Disarming Doomsday explores the secret history of nuclear weapons by studying the places they build and tear apart, from Los Alamos to Hiroshima. It looks at the legacy of nuclear imperialism from weapons testing on Christmas Island and across the South Pacific, as well as the lasting harm this has caused to both indigenous communities and the soldiers that were ordered to conduct tests. Tying these complex geographies together for the first time, Disarming Doomsday takes us forward, describing how geographers and geotechnology continue to shape nuclear war and imagining ways to help prevent it in the future.

Blackwell’s partners with the LGBT Foundation to bring Juno Roche to Manchester to talk about her book Queen Sex: A Trans and Non-Binary Guide to Intimacy, Pleasure and Public Relationships.

In this frank, funny and poignant book, transgender activist Juno Roche discusses sex, desire and dating with leading figures from the trans and non-binary community. Calling out prejudices and inspiring readers to explore their own concepts of intimacy and sexuality, the first-hand accounts celebrate the wonder and potential of trans bodies and push at the boundaries of how society views gender, sexuality and relationships. Empowering and necessary, this collection shows all trans people deserve to feel brave, beautiful and sexy.

Juno Roche is an internationally recognised trans writer and campaigner. She is the co-founder of Trans Workers UK and the Trans Teacher Network and featured on the Independent’s Rainbow List 2015 and 2016. Her new book Trans Power: Own Your Gender is out in October. 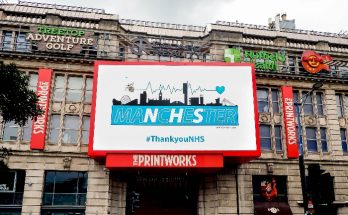 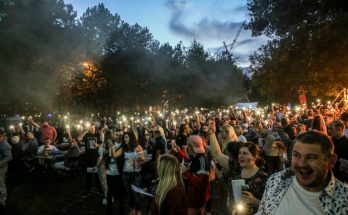