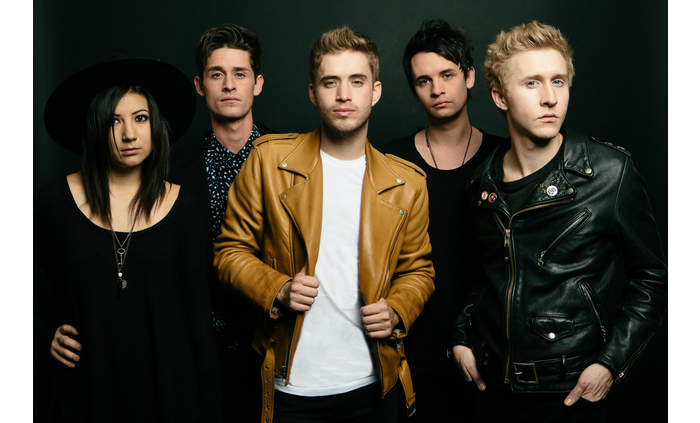 Phoenix, Arizona’s The Summer Set has announced a run of UK tour dates, which brings the band to Manchester hot on the heels of their forthcoming album Stories For Mon (due out on 1 April).

Pairing their infectious brand of feel-good, edgy pop-rock, The Summer Set are on a mission to win the hearts of audiences worldwide. Led by frontman Brian Logan Dales, the band’s fourth full length Stories For Monday pulls influence from classic rock artists, blended with a passion for irresistible 80s pop, throwing punch after punch of sun-drenched nostalgia, reckless love, and Dales’ most transparent lyrics to date. The Phoenix, AZ quintet rose fast through the independent music scene, breaking out with 2013’s Legendary which spawned hit singles “Boomerang” and “Lightning In A Bottle”. As winners of iHeartRadio / Macy’s Rising Star contest, the band shot into the public eye with performances on iHeartRadio Festival, a slot on the televised Macy’s Thanksgiving Day Parade and their own Macy’s TV ad. Confidently straddling the line between both rock and pop, the band are set to truly make their mark with the release of Stories For Monday.

Frontman Brian Logan Dales says “We’re thrilled to finally be coming back to the UK on The Stories For Monday tour. 2015 was a long road making this album, but we’re excited to come back to the place that supports us more than anyone and play a bunch of new songs. We’ve made so many friends and seen so many familiar places in the UK that sometimes it feels like home.”

Tickets for The Summer Set performing at Manchester’s Club Academy on 17 May 2016 go on sale at 10am on Friday 29 January, with VIP options available.