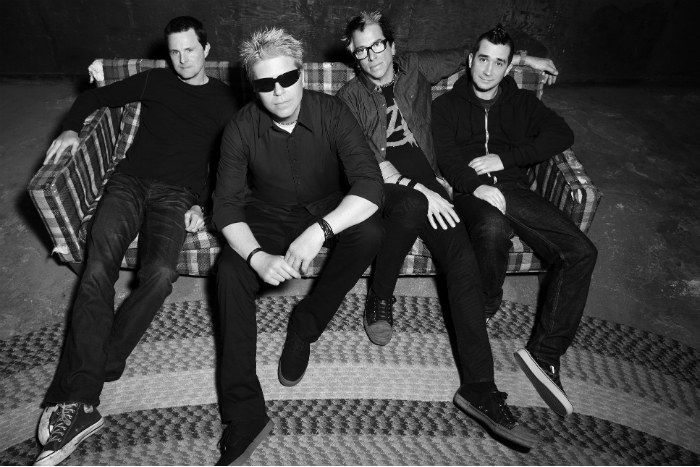 From their humble beginnings as an obscure San Francisco noise act, they’ve become one of indie music’s most influential bands with their ecstatic and unruly take on pop.  Veering between pop, noise, rock and roll and avant garde they are difficult to label, save for being described as ‘the best band in the world’ by Pitchfork.  £12.00 plus booking fee.

A raucous take on a New Orleans brass band which sees the ten-member ensemble pimping it out with hip-hop, groove and attitude.  It says something that the band have become veterans of festivals including Glastonbury and the odd punk festival too.  £15.00 plus booking fee.

Punk rock veterans The Offspring perform at the O2 Apollo.  With a catalogue of hits including Original Prankster, Pretty Fly For A White Guy and Self Esteem they have been thrilling fans for 30 years and sold more than 36 million records worldwide as arguably the best-selling punk rock band of all time and can take credit for reviving mainstream interest in punk rock in the 90s.  They are scheduled to release a new album (their tenth) in 2016.  £27.50 plus booking fee.

A collaboration between Mercury Prize winners Franz Ferdinand and the legendary LA art rock duo Sparks will see the two bands performing hits from both bands’ catalogues as well as brand new songs by the supergroup.  £27.50 plus booking fee.

One of Jamaica’s most consistently popular crossover acts amongst international audiences, Third World are one of the longest-lived reggae bands of all time with four decades of hits, sold-out tours and huge shows.  Not content will just performing reggae, then also blend in elements of r&b, funk, rock, pop and rap.  Support comes from IQulah Rastafari and DJ Mikey Don £20.00 plus booking fee.

Manchester’s own indie outfit Puppet Rebellion launch their new EP Life Is In Your Hands at Gullivers (official release date Monday 31 August), which just so happened to be the scene of their debut EP launch.  Energetic, rebellious and dripping with addictive hooks and choruses. £6.00 plus booking fee.