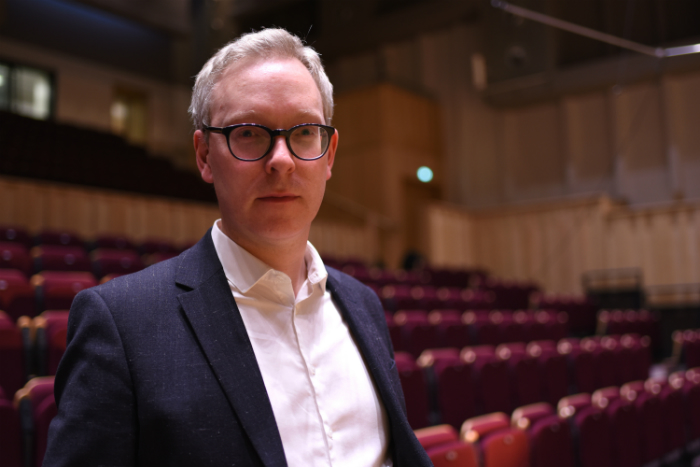 Manchester’s Royal Northern College of Music has appointed Manus Carey as Director of Performance.  The role at the RNCM commences in September 2017.

Manus Carey is currently Executive Producer at the Royal Scottish National Orchestra, having held this position since 2013.  He has been responsible for the RSNO’s artistic strategy and programme, as well as its recording, commissioning, hired engagements and national/international touring work.

Speaking about the appointment at the Royal Northern College of Music, Manus commented “I am very excited to be taking up this new role at the RNCM, and to be returning to work in the city of Manchester. It’s an opportunity for me to work in an environment that blends two of my strongest interests, live performance and education, as well developing new relationships and re-igniting old ones across greater Manchester, the North West and beyond.”

The appointment sees a return to Manchester for Manus Carey.  Prior to joining the RSNO he was Head of Creative Programming at Manchester Camerata.  There, he played a leading role in the artistic delivery and financial and strategic planning of the orchestra.

Manus is set to take a strategic lead in the development of the Royal Northern College of Music’s rich and varied performance programme.  The programme currently sees the RNCM hosting in excess of 400 live performances.

Speaking of appointing Manus to the RNCM, Professor Linda Merrick added: “After an extensive international search, I am thrilled to welcome Manus to the RNCM to take up this new position as Director of Performance. Manus brings with him a wealth of experience from his previous roles at both the RSNO and Manchester Camerata and I very much look forward to working with him when he joins us in September.”

Who is Manus Carey, new Director of Performance at the Royal Northern College of Music?

Manus’ broad studies from an early age in piano, violin, clarinet and as a cathedral chorister laid the foundation for a deep love of and fascination with music and live performance. After taking a degree in Classics at Durham University, Manus returned to Ireland where he studied piano performance at the Royal Irish Academy of Music.  This was followed by further studies in London with the renowned Carola Grindea.  At the same time he studied for a Master’s degree in musicology at King’s College London.

After four years in London combining work as an accompanist, teacher and music journalist with research into musicians’ injuries and Alexander technique, Manus Carey decided to combine all this experience taking a role in the Concerts department of the Royal Liverpool Philharmonic Orchestra.  Whilst doing so he retained his passionate interest in teaching at Liverpool University.

Manus subsequently spent six years as Head of Creative Programming at Manchester Camerata.  There, he oversaw the orchestra’s programming and planning.  He also developed innovative digital and cross-Arts work. His present role as Executive Producer at RSNO involves overseeing all the programming and artistic strategy for the Orchestra.  At the RSNO he has established a wide range of partnerships with leading education and media providers, promoters, agents, festivals, venues, commercial producers and international record companies, created exciting new programming initiatives and led the development of the Orchestra’s own label and live streaming activities.