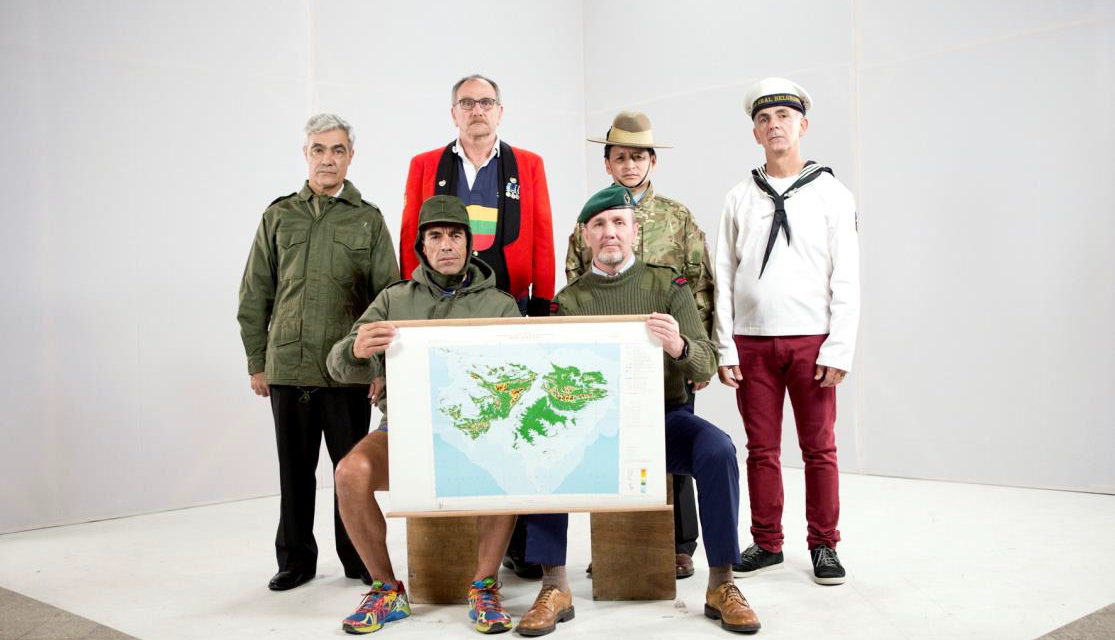 Minefield at Home Manchester is presented by the London International Festival of Theatre.  It tells the story of the six one-time combatants, sharing memories, films, songs and photographs as they recall their war experiences and the political figures who led them into it.  Soldier, veteran, human – these men have stories to share as they take us from the horrors of war to today’s uncertainties, with brutal honesty and startling humour.

Digging deep into the personal impact of war, Minefield, is a collaboratively created work that merges documentary, theatre and film to explore the minefield of memory, where truth and fiction collide. The production features Gabriel Sagastume, a soldier who never wanted to shoot a gun and who is now a criminal lawyer; Marcelo Vallejo, a mortar direction controller who today is a triathlon champion; Ruben Otero, who survived the sinking of the ARA General Belgrano and who now plays in a Beatles tribute band; David Jackson, who spent the war listening and transcribing radio codes and who now listens to other veterans in his role as a counsellor; Sukrim Rai, a Gurkha and knife-expert who now works as a security guard; and Lou Armour, who was on the front page of every UK newspaper when the Argentinians took him prisoner on 2 April 1982. Today, he is a teacher for children with learning difficulties.

When is Minefield performed at Home Manchester?