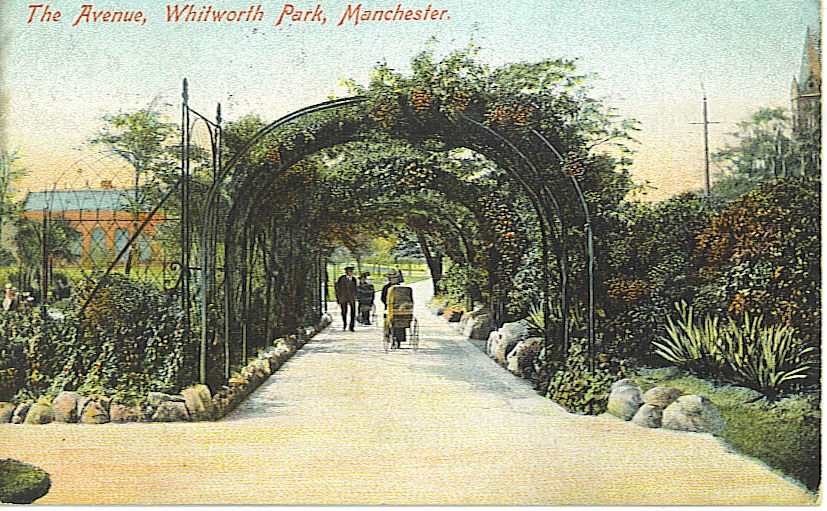 Discover the hidden secrets that have been kept within the grounds of Whitworth Park for over a hundred years, at this new exhibition being hosted by Manchester Museum.

In a project that received £39,700 from the Heritage Lottery Fund, Whitworth Park: Pleasure, Play & Politics, uncovered a host of archaeological treasures that give us a fascinating insight into the local life and community of the area, particularly during Victorian and Edwardian times.

Whitworth Park sits on the edge of Moss side and Manchester and forms an integral part of Whitworth Art Gallery, which is currently undergoing a vast renovation project, part of the focus of which is to further integrate this significant green space into a feature of the gallery itself.

Since the gallery first opened in 1890, the park has been an ever popular attraction for the local community. During its time, a bandstand, boating lake, statues, drinking fountains and formal planting schemes have all provided enjoyment for visitors to the park, both young and old. Now, although many of these attractions have since disappeared, this community archaeology project has brought the past back to life.

Friends of Whitworth Park, students, staff from the University of Manchester, local schools and community volunteers have all taken part in an archaeological dig that has revealed some fascinating things about visitors to the park over the past century, from glass bottles, broken ceramics, coins, keys and buttons, to the particularly interesting collection of children’s toys that had been lost to the boating lake and have now been recovered by archaeologists.

Other discoveries provide an insight into the behaviour of some of the visitors to the park and how this was not always as one would expect.

Professor Sian Jones of the University of Manchester who is Co-Director of the Whitworth Park Project said, “Parks are an important part of the urban social environment informing people’s sense of identity, belonging and place. Historical sources provide information on the development of public parks and the ideas behind them – but there’s little record of what ordinary people got up to in parks and this is why this project is so unique.

One person’s rubbish is another person’s treasure: something dropped by the edge of the lake over a hundred years ago gives archaeologists a huge amount of important, and often forgotten, detail about what life was like in those times. By investigating the archaeology of Whitworth Park, we aim to increase everyone’s awareness of the value of these wonderful green spaces in the heart of the city, and encourage people to become more involved in their future.

This exhibition is a product of a collaborative endeavour involving local residents and school children, working alongside the University of Manchester Archaeology Department and The Friends of Whitworth Park. Manchester Museum, Whitworth Art Gallery and the Ahmed Iqbal Ullah Race Relations Resource Centre were also key partners.

Our main objective is to enhance different local communities’ appreciation and use of this vital and vibrant urban green space, while being involved in archaeological discovery and research.”

Dr Nick Merriman, Director of Manchester Museum said, “Archaeology has the power to play an important role in the way we view the world. Through this project we’ve engaged with local community groups, students and academics to explore the history of the park. The exhibition provides an insight into some of the ways the park has been used and valued, many of them only revealed by fieldwork.”

Click below to watch a video on the archaeological dig with comments from Professor Sian Jones about the project.