‘Pedal Power’ At The Museum of Science and Industry 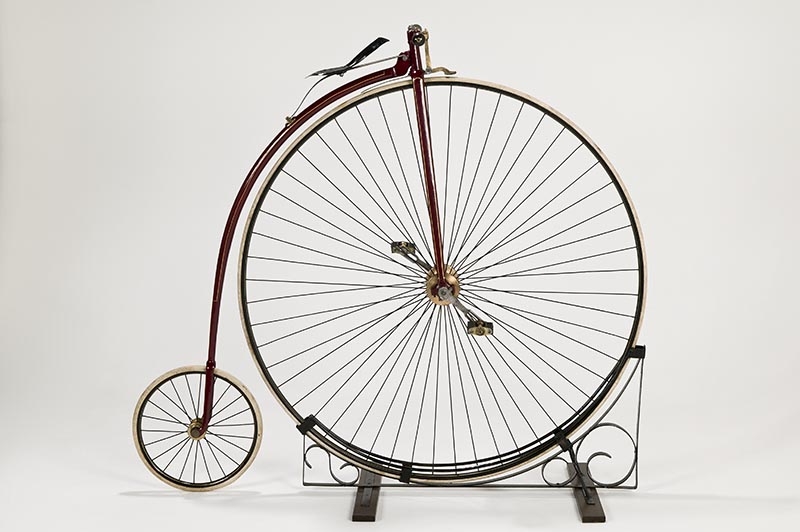 In honour of the 20th anniversary of the opening of the National Cycling Centre in Manchester, the Museum of Science and Industry has opened a new exhibition this weekend called Pedal Power which celebrates the rich cycling heritage of our city.

With a multi-media display which includes exclusive interviews with some of the stars of British Cycling and showcases the history of one of the nation’s favourite pastimes and area of sporting success, you can experience the inspiring stories of the people who have championed cycling, as well as being able to view the many cycling artefacts and bicycles, both historical and modern, held by the museum.

The exhibition also includes original cycling medals and badges from the 1934 British Empire Games and visitors are able to view items once owned by Bury-born Reg Harris, who, even whilst recovering from two broken vertebrae, won two silver medals as an amateur cycling competitor and went on to become a four-time winner of the professional sprint title and two-time winner of the Sports Personality of the Year award.

This family friendly exhibition, which comes hot on the heels of the Tour De France whose first two stages kicked off in Leeds this year, also gives visitors a chance to view a whole range of bicycles throughout the ages, from an original bone-shaker bicycle and a Penny Farthing, both of which were made in the 1800s in Salford and Manchester, to a Tandem, made by Mancunian Olympic Silver Medalist Jack Sibbit in 1928. There is also a selection of more modern bikes on display as ridden within the last twenty years at the Manchester Velodrome, aka the “Gold Medal Factory”.

Meg McHugh, curator of Industrial Heritage at the Museum of Science and Industry explained, ”The Museum has a significant collection of bicycles – so this exhibition provides an ideal opportunity to really shown them off. And with the Tour de France kicking off in Yorkshire a couple of weeks before Pedal Power opens and just a few days ahead of the Commonwealth Games in Glasgow – it is such a great time to really instil in a new and future generation of cyclists and riders that Manchester in particular has contributed so much over the years to Britain’s love and success in this fantastic sport.”

Since the opening of the National Cycling Centre two decades ago, through to the building of the Velodrome (Britain’s first indoor Olympic-standard track), Manchester has become the home of British Cycling, boosting the reputations of both the city and the sport and contributing significantly to scientific and technological advancements. Fancy pitting your own speed against the cycling champions? Then hop on the Pedal Power stationary bike and race around the simulated race-track to clock your fastest time and see how you compare!

Speaking about the exhibition, British Cycling chief executive Ian Drake, commented, “Manchester has provided a magnificent home for British Cycling and Mancunians can take pride in the role their city has played in turning Britain into the world’s leading cycling nation. This is a city used to sporting excellence but the success British Cycling and Manchester has shared is measured, not just in terms of gold medals and Tour de France winners, but also in the millions of people who have been inspired to get on their bikes. Very little of that would have been possible without the National Cycling Centre and, in its 20th anniversary, the Pedal Power exhibition is a timely reminder of its importance to Manchester and the country as a whole.”

The Pedal Power exhibition is being held in the Museum’s Station Building in the Highlights Gallery and will run until March 2015. So get on yer bike and go and explore Manchester’s legacy to the world of cycling!