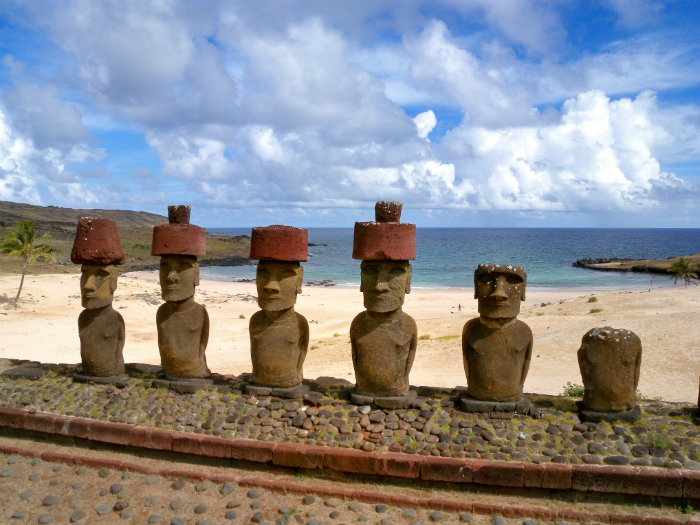 Making Monuments exhibit to look at the mystery behind ‘moai’

Manchester Museum is set to host a new exhibition looking at the monumental stones statues of Rapa Nui (Easter Island) in the Pacific.  Regarded as some of the most widely recognised and fascinating archaeological objects in the world, they have long attracted interest and spurred the imagination of the public.  The mysterious statues have been the source of much intrigue since the Dutch first visited Rapa Nui in 1722.

Making Monuments, supported by the Hedley Trust and worked on by Professor Colin Richards of the University of Manchester will look at these statues, known as moai, debunking myths, exploring their history and discussing theories about the culture and its decline.  It will also explore the ceremonial and spiritual associations of the statues, which represented the faces of deified ancestors and the association with spirits.  The exhibit will focus on the relatively neglected area of the bright red scoria (volcanic rock) pukao or top-knots which adorn the moai. 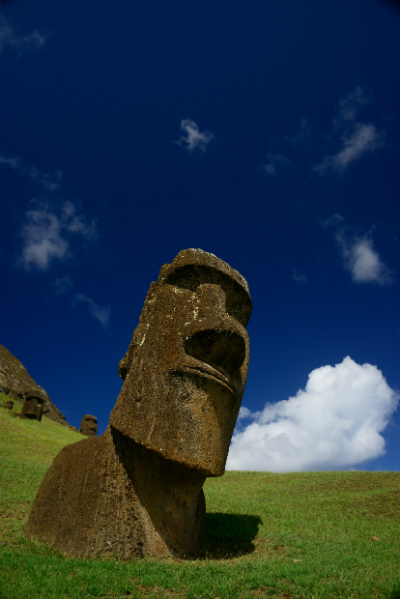 The museum will have one of the statues, Moai Hava, on display to the public.  The piece, on loan from the British Museum, is one of many which will take temporary residence in the Museum alongside articles from The Natural History Museum, World Museum Liverpool, Horniman Museum, Pitt Rivers Museum and Oxford Natural History Museum.

Professor Richards, the University of Manchester’s Professor of World Prehistory and Archaeology, who is currently investigating monumentality as part of the Rapa Nui: Landscapes of Construction project, said, “Undoubtedly the massive statues of Rapa Nui have captured the popular imagination since Heyerdahl’s expedition in the 1950s. This exhibition attempts to view the monuments in a new way, exploring the qualities and significance of their composition, and in particular, an exploration of the quarry which produced the distinctive top-knots or pukao which once adorned the sacred heads of the moai’’.

Making Monuments on Rapa Nui – The Statues from Easter Island will run at Manchester Museum from 1st April – 6th September 2015.