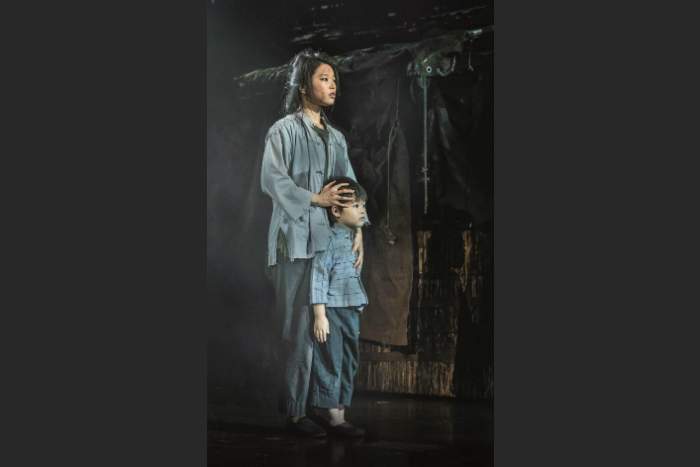 The producers of the legendary musical Miss Saigon are looking for boys or girls to play the role of Tam when the show runs at Manchester Palace Theatre from 21 March – 12 May 2018.

The new production of Miss Saigon opened in London in May 2014 to record-breaking advance sales and massive acclaim.  The show went on to sweep the board at the 2015 Whatsonstage awards winning a record breaking nine awards including Best West End Show and Best Revival of a Musical.

What is Miss Saigon about?

Produced by Cameron Mackintosh, Miss Saigon tells the story of young bar girl named Kim, orphaned by war, who falls in love with Chris, an American GI – but their lives are torn apart by the fall of Saigon.

Miss Saigon has music by Claude-Michel Schönberg with lyrics by Richard Maltby Jr. and Alain Boublil, adapted from original French lyrics by Alain Boublil, with additional lyrics by Michael Mahler. The new production is directed by Laurence Connor with musical staging by Bob Avian and additional choreography by Geoffrey Garratt.  Production design is by Totie Driver and Matt Kinley based on an original concept by Adrian Vaux; costume design by Andreane Neofitou; lighting design by Bruno Poet; sound design by Mick Potter; and orchestrations by William David Brohn.

What are the producers looking for?

Producers are now looking for boys or girls to play the role of Tam, described as “small, cute, confident and South East Asian looking. He is not younger than four and not older than 6.”

For further details of how to apply, parents are encouraged to email Joanne Hawes on joanne.hawes2013@gmail.com including a small head and shoulders photograph.  Children must live within a commutable distance of Manchester.

Where and when is Miss Saigon performed in Manchester?

Miss Saigon will run at Manchester’s Palace Theatre from 21 March until 12 May 2018.