Manchester’s Halle Orchestra has accompanied one of the UK’s finest singers Clare Teal, three time winner of the British Jazz Singer of the Year award, on her latest album Twelve O’Clock Tales.

The accompaniment, which formed 93 musicians in total including the Halle Orchestra and a big band, was conducted by Stephen Bell and arranged by world class composer and trumpet maestro Guy Barker as well as celebrated jazz pianists Grant Windsor and Jason Rebello.

Twelve O’Clock Tales, a lyric taken from Billy Strayhorn’s ‘Lush Life’, explores timeless classics penned by legendary musical storytellers of the last 100 years, and celebrates the giants of the Great American and British Songbooks through to the work of more contemporary writers crafting the standards of today plus Clare’s own original compositions.

From swing to sublime ballads, Twelve O’Clock Tales reflects Clare’s versatility as a performer, and her agile and expressive voice is captured in the rich, eclectic, jazz infused repertoire ranging from Cole Porter, Billy Strayhorn, Rodgers and Hammerstein to Tim Rice, and Sting.  The song list includes ‘Secret Love’, ‘Feeling Good’, ‘The Folks Who Live On The Hill’, ‘I’ll Never Stop Loving You’, ‘Wild Is The Wind’, ‘It Might As Well Be Spring’, ‘Sans Souci’ and ‘Paradisi Carousel’.  The Halle is now in its 158th season and ranks among the UK’s top symphonic ensembles with acclaimed performances worldwide.

It was certainly an ambitious project and one which Stephen Bell was delighted to be involved with, describing it as ‘One of the most joyous projects to be involved with – fabulously crafted and classy orchestral charts by Guy Barker, Jason Rebello and Grant Windsor sounding particularly splendid with the full might of the Hallé and Clare’s unique vocal talents. Fabulous music-making!’ 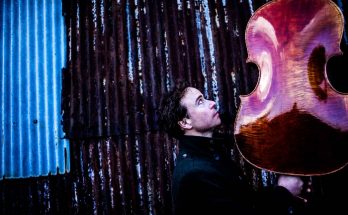