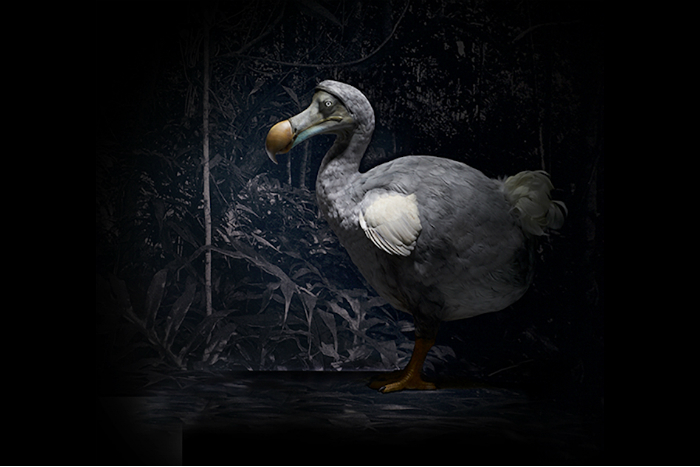 Manchester Museum will be bringing the subject of extinction and human involvement in such events to the fore with their new exhibition Extinction Or Survival.

The exhibition focuses on examples where humans are known to have influenced the survival of animal and plant species.  With iconic species such as the dodo, along with lesser-known stories such as the giant earwig, the Extinction or Survival? exhibition uses extinct animals and plants to demonstrate why species are pushed to extinction, from over-exploitation to habitat fragmentation.

However, human action isn’t always negative. Rare and endangered species are monitored and conservation efforts can bring species back from the brink of extinction. With support from organizations such as the International Union for the Conservation of Nature (IUCN) and the Forest Stewardship Council along with our own Vivarium frog breeding programme, Extinction or Survival? presents diverse ways in which people are able to make a difference for nature and for themselves.

Using specimens from the museum’s own collections, as well as objects borrowed from other museums across the north, the exhibition challenges  visitors to question how important is it to save biodiversity? What would be the consequences of species loss? What should we choose to save? What could we all be doing to make a difference?

Extinction or Survival? will be opened by Dr Ben Garrod on Thursday 20 October.  Ben has presented television shows including Attenborough and the Giant Dinosaur with Sir David Attenborough at the BBC , in addition to his own programme of six chapters of the BBC Four series, Secrets of Bones.  In addition, Ben has lived and worked all over the world, mainly within great ape conservation – spending several years in central Africa developing and managing a leading chimpanzee conservation field site for the renowned chimpanzee scientist Dr Jane Goodall. He has also worked extensively across South East Asia for an orangutan conservation charity, researched animal artifacts from Imperial Chinese tombs, marine life in Madagascar and studied introduced monkeys throughout the Caribbean archipelago. He also travels to the Arctic archipelago of Svalbard most summers, where he helps lead wildlife watching tours.

Extinction or Survival? runs at Manchester Museum from 21 October 2016 until 20 April 2017.  Admission is free.