Stars of Doctor Who coming to The Printworks 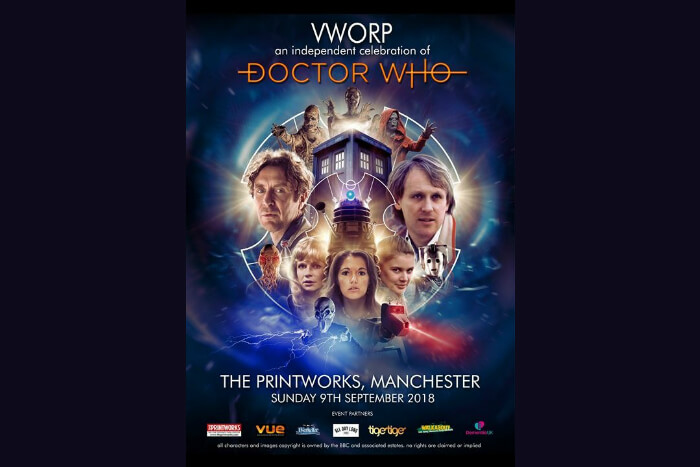 Stars of Doctor Who including former Time Lords Peter Davison, Colin Baker and Paul McGann are coming to The Printworks as part of Manchester Doctor Who convention, Vworp.

Vworp, taking place on Sunday 9 September, will see the actors appear alongside companions, scriptwriters and episode directors and producers.  Other guests who will appear at the convention include Katy Manning, Nicole Bryant, John Leeson and Sophie Aldred.

The Printworks itself will be transformed into the Whoinverse.  As well as live talks across three stages from special guests from in-front of and behind the camera, there will also be numerous photo opportunities with the cast, including daleks, and dedicated art prints produced especially for the panels.

The event follows other highly successful conventions run at The Printworks including the recent ThronesCon, a homage to Game of Thrones, and DraigCon, an independent Harry Potter convention.

Fred Booth, centre director of The Printworks, said: “We’re delighted that we get to host this fan convention which celebrates a much-loved British television series, enjoyed by all members of the family. To celebrate even further, we’ll have lots of great food and drink offers from our tenants to ensure a great day out for all attendees!”

Mark Cookson, event organiser of Vworp, added: “The sheer response from the Who fandom for this event has been immense, and just shows the popularity of the show. We’ve got some great guests lined up, with more to be announced, and it’ll be the perfect warm up for the debut of the 13th Doctor in October.”

When does Vworp arrive at The Printworks Manchester?